SEOUL, April 28 (Yonhap) -- South Korea's daily new coronavirus cases rose to the highest in four days on Wednesday, nearing 800, and the proportion of untraceable infections hit the highest point ever amid concerns of another wave of the pandemic.

The latest tally is the highest since Saturday, when the country recorded 785 cases, and marks a sharp rise after daily infections hovered near the 500s in the past two days.

The average number of daily infections in the past week neared 700 on growing cluster infections and untraceable cases amid increased social activities due to warmer weather. The portion of virus cases with unknown transmission routes hovered near 30 percent, which means a further rise in virus cases is in store.

There was one additional death from the virus, raising the total to 1,821. The fatality rate was 1.51 percent. 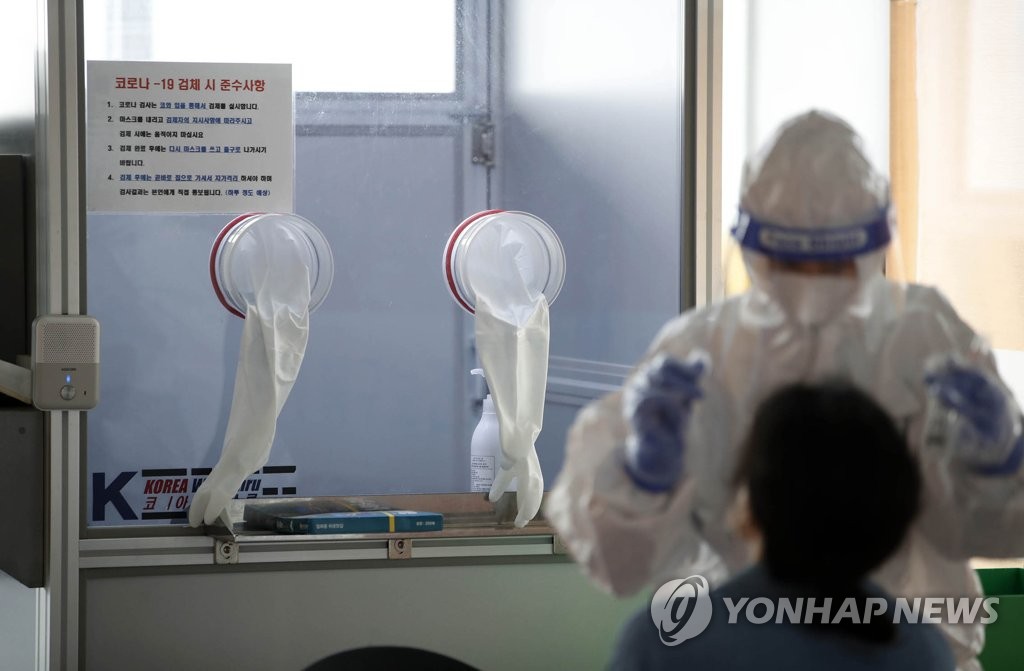 To curb the rising trend of infections, the country has designated this week as a special preventative period against the virus.

Dining-in by civil servants will be banned, and work from home as well as working half time or part of business hours will be expanded in the public sector, according to the authorities.

The greater Seoul area, where more than half of the country's 52 million people reside, is under Level 2 social distancing, the third highest in the five-tier scheme, with the rest of the country under Level 1.5.

The current social distancing level will be effective until May 2, while private gatherings of five or more people are banned nationwide.

Mindful of rising cases, the country has boosted its inoculation campaign, which started in late February.

A total of 14,567 cases of side effects after vaccinations have been reported, up 412 from a day earlier, although 98.1 percent of the cases were mild symptoms, such as muscle pain and fever.

A total of 68 deaths after vaccinations have been reported, up six from the previous day. Health authorities have yet to link the deaths with the vaccinations.

From Wednesday, some 126,000 soldiers over age 30 began to receive the jabs, while pharmacists, therapists and dialysis patients, as well as 177,000 social service workers, including police officers and firefighters, have started to receive the shots from Monday.

The country targets inoculating around 70 percent of the country's population with the first dose of the vaccine by September and achieving herd immunity by November. 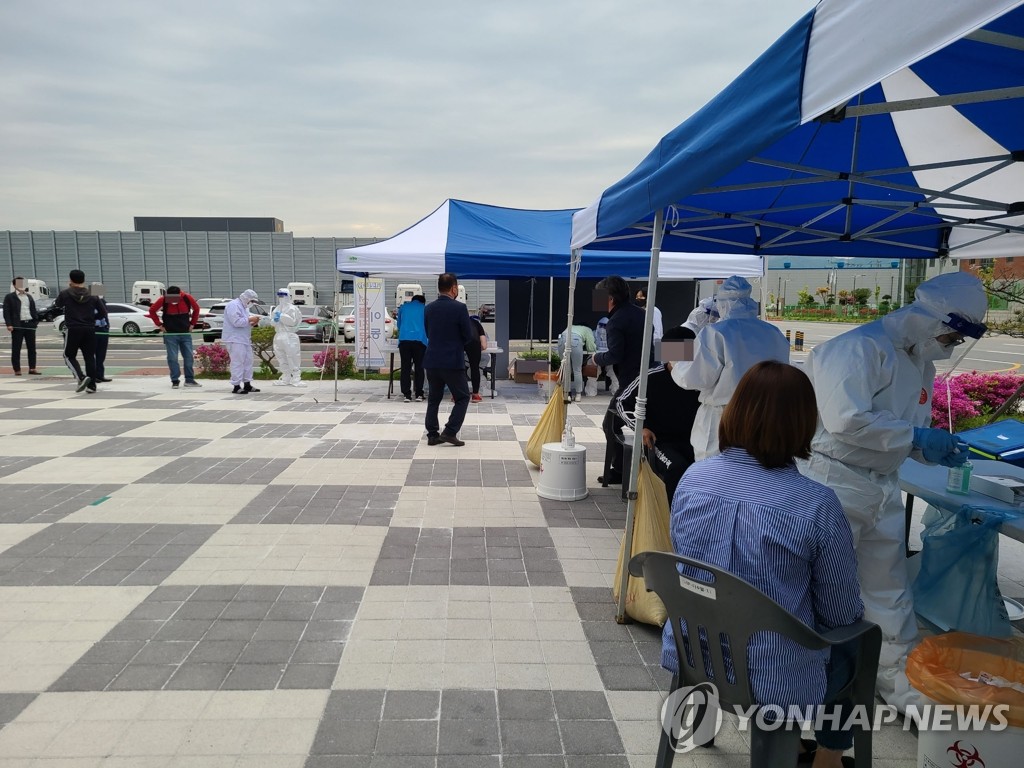 Of the newly confirmed locally transmitted cases, 257 came from Seoul, 189 from Gyeonggi Province and 19 from Incheon, 40 kilometers west of the capital.

There were 21 additional imported cases, down 14 from the previous day, raising the total to 8,272.

The total number of people released from quarantine after making full recoveries was 110,248, up 553 from a day earlier.