SEOUL, April 28 (Yonhap) -- South Korean health authorities said Wednesday that fully vaccinated people will be exempted from the country's mandatory 14-day isolation period from early next month as the country is struggling to speed up the vaccination campaign.

Health authorities said that, under the country's anti-infection measures, those who have been fully inoculated will no longer be required to self-isolate themselves after coming in close contact with COVID-19 patients or entering the country from overseas from May 5.

South Korea currently requires those who come into close contact with virus patients to self-isolate for 14 days. 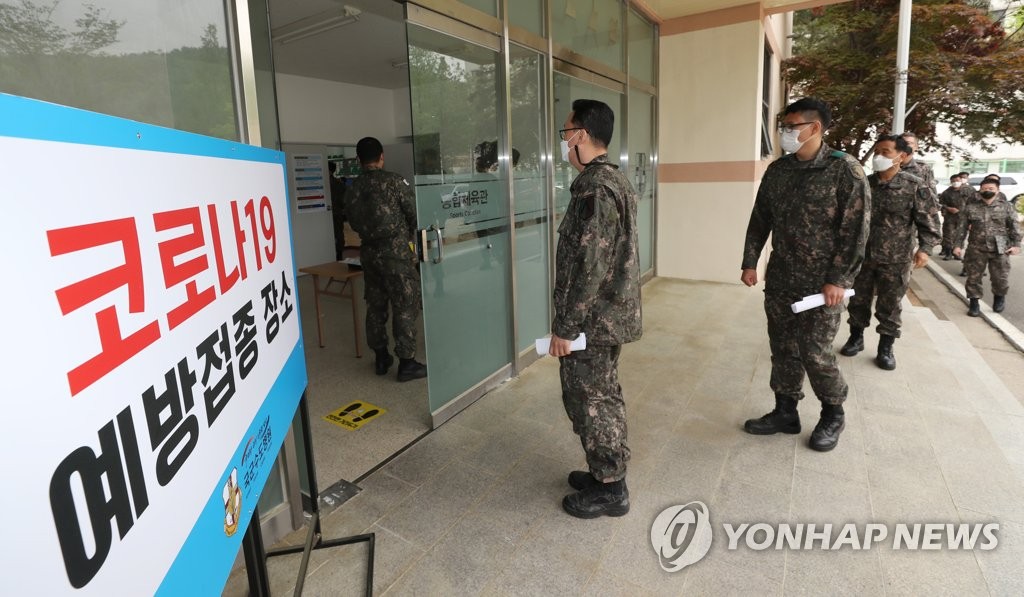 Authorities, however, added that such vaccinated people will still be monitored for 14 days and require two COVID-19 tests over the period.

The new rules will be applied to those who have been fully vaccinated two weeks after receiving their final shot.

South Korea currently administers vaccines from Pfizer and AstraZeneca, which require two doses. The country approved vaccines from Johnson & Johnson, but products from Moderna and Novavax are not approved yet by South Korea's drug safety agency.

The rules do not apply for people who have been vaccinated overseas with shots not approved in South Korea, such as Russia's Sputnik V and China's Sinopharm vaccines.

South Korean arrivals from foreign countries who have been completely vaccinated will also be exempt from existing self-isolation rules.

South Korea currently requires all overseas entrants to self-isolate themselves for 14 days at their residences or government-designated facilities.

The new exemptions, however, will not apply to arrivals from countries that have more contagious COVID-19 variants, such as South Africa and Brazil.

South Korea has so far inoculated nearly 2.6 million people, or 5 percent of its 52 million population, with one dose of COVID-19 vaccines since it started its vaccination campaign in late February.