LG and Mirae Asset will inject 50 billion won each to create the investment fund. Mirae Asset Capital will run the fund for the next 10 years.

LG said the money will be used in supporting promising startups in businesses related to electric vehicles, digital health care and data.

The South Korean tech giant said the launch of the fund is part of its plan to boost "open innovation" between big companies and startups.

LG has been seeking to develop new products and services in various sectors for its future growth.

The company in January acquired U.S.-based TV data analysis startup Alphonso Inc. to expand its software and content capabilities in the TV business. 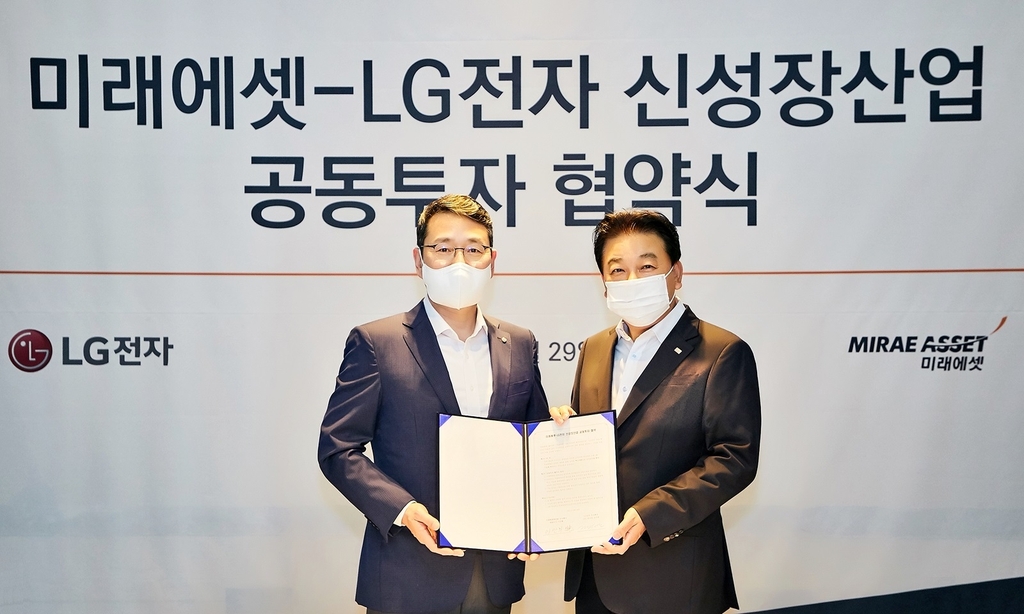