He got the first shot at the Jongno Ward public health center in Seoul on March 23 in order to attend a Group of Seven (G-7) summit to be held in Britain from June 11-13. At that time, he was scheduled to get the second dose in May.

Later, South Korea and the United States agreed to hold in-person summit talks between Moon and Biden in Washington on May 21.

Moon received the second vaccine shot at the same center earlier than normal due to the planned summit with Biden, according to Cheong Wa Dae.

The AZ vaccine requires at least two shots, usually with an interval of eight to 12 weeks. The Korea Disease Control and Prevention Agency (KDCA) allows a four-week interval in cases that are urgent and foreign travel is inevitable. 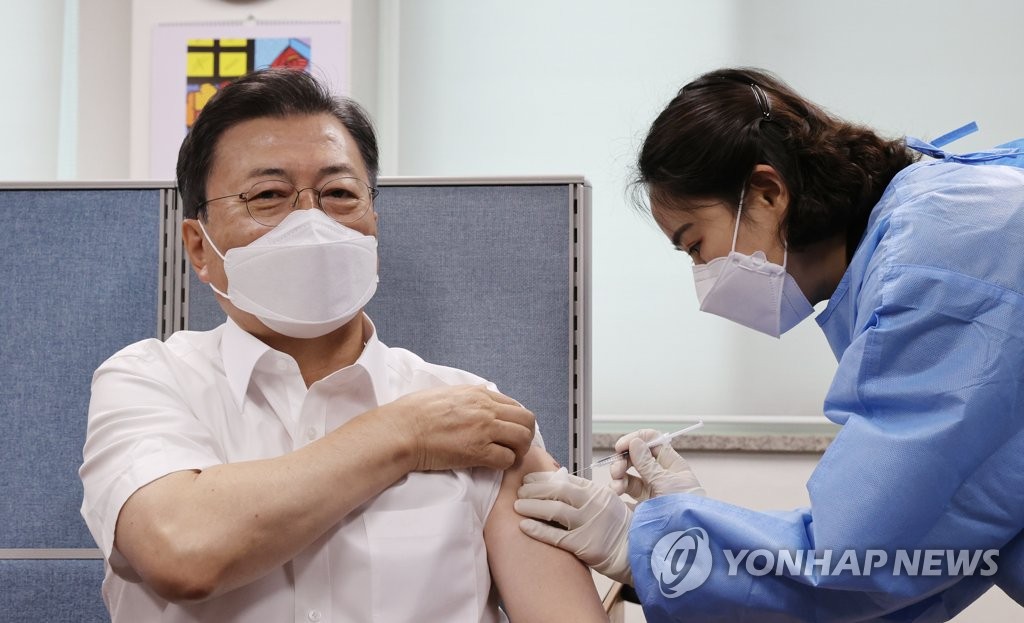