The 26-year-old golfer captured the HSBC Women's World Championship title at 17-under 271 to beat Hannah Green of Australia by one stroke, with an eight-under 64 in the final round at Sentosa Golf Club's New Tanjong Course.

Kim last won an LPGA tournament in 2016 at the Pure Silk Bahamas LPGA Classic. Before that, she won the Evian Championship in 2014 and the Founders Cup in 2015. 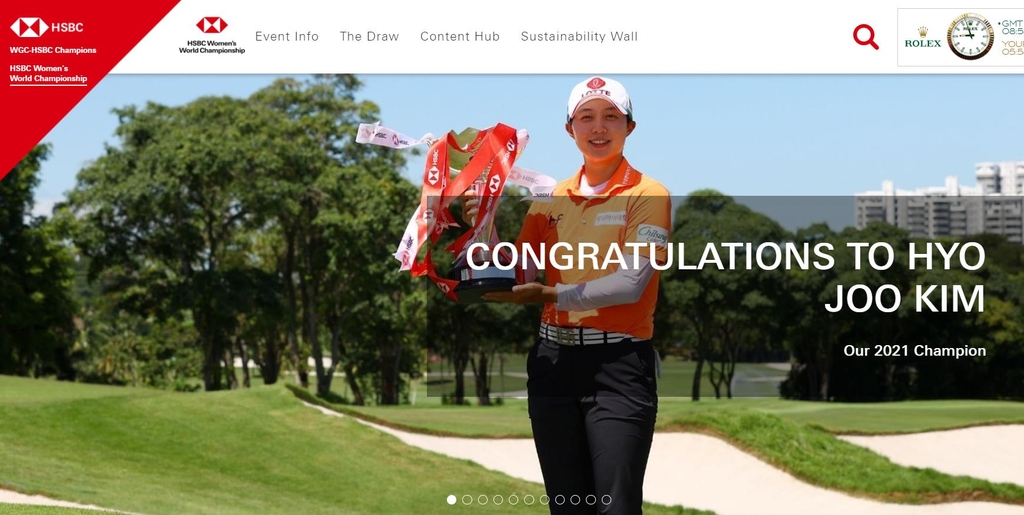 Kim sealed a come-from-behind victory in the final round, which she entered five strokes behind then-leader Lin Xiyu from China.

She hit four birdies in the first nine holes, while Lin had one bogey and a birdie, allowing Kim to narrow the gap by one stroke.

While Kim completed her 18th hole at 17-under in total, Hannah Green pulled off an eagle in the par-four 14th hole to 18-under and topped the leaderboard.

But Green lost two strokes in the last two holes to finish at 16-under and Kim, who was waiting for Green's results at the clubhouse, became the final winner.

South Koreans Park In-bee tied at third with 15-under, Ryu So-yeon placed sixth with 12-under and Chun In-gee ranked 7th with 11-under.

It is also the second LPGA victory this year by South Korean golfers, following by Park In-bee who won the Kia Classic in March. 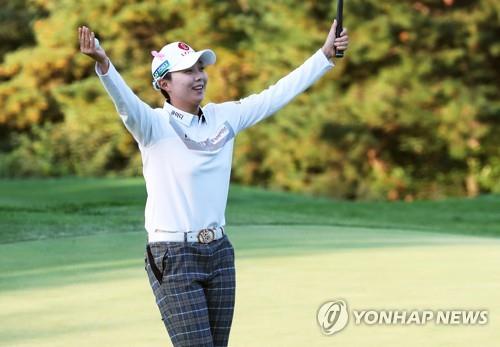