In a Premier League match against Sheffield United at Tottenham Hotspur Stadium in London on Sunday (local time), the South Korean star netted a goal to help his team get a comfortable 4-0 victory.

It is Son's 16th goal of the 2020-2021 Premier League season, placing him third on the Premier League's top scorer list, following his teammate Harry Kane with a leading 21 goals and Mohamed Salah of Liverpool with 20 goals.

It also is his personal best total in all competitions so far, including the Premier League and European continental tournaments, set in the 2016-2017 season.

At the same time, Son posted his 10th assist of the season, marking double-digit figures for goals and assists in a season for two straight years. Last year, he hit 11 goals and 10 assists. 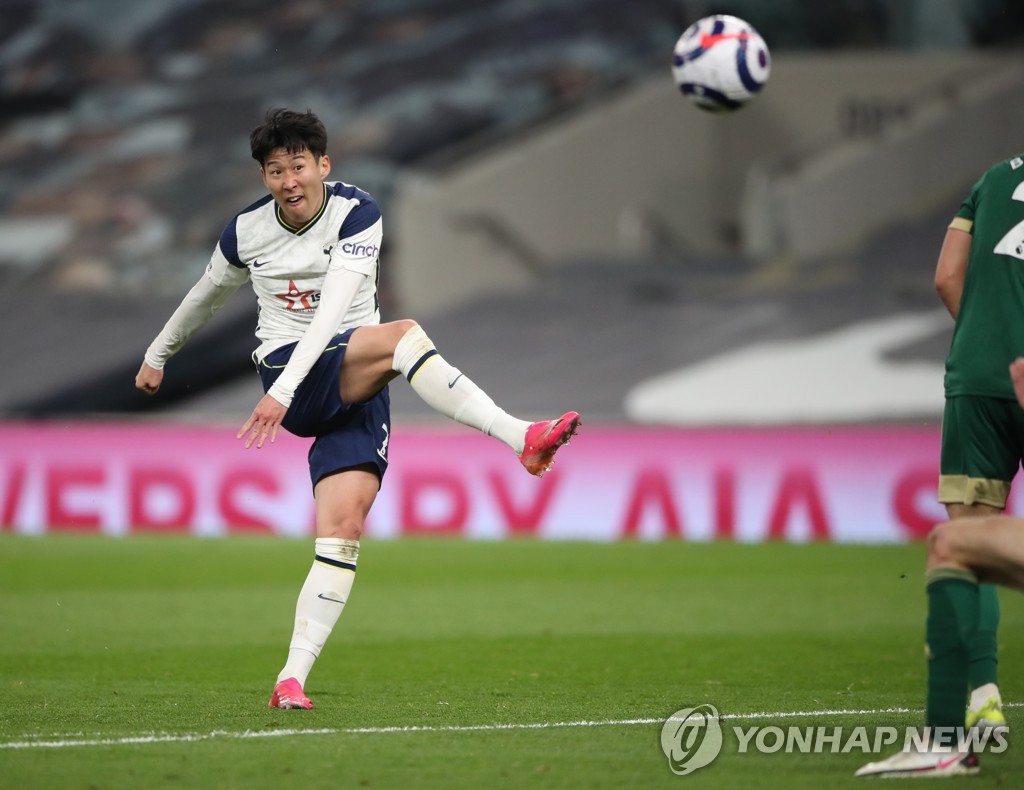 Bale opened the scoring with a fine finish on Serge Aurier's pass in the 36th minute.

Son scored next in the 51st minute, but it was disallowed after a VAR review.

But 10 minutes later, Bale doubled the lead to 2-0 as he got a pass from Son and dribbled through the defense and lashed the ball into the corner. And Bale completed his hat trick in the 69th minute, shooting the ball from Aurier into the edge of the box.

In the 77th minute, Son scored the fourth goal of the game, curling a shot off the inside of the far post.

The 4-0 victory lifted Tottenham into fifth on 56 points, five points behind the fourth-place Chelsea. 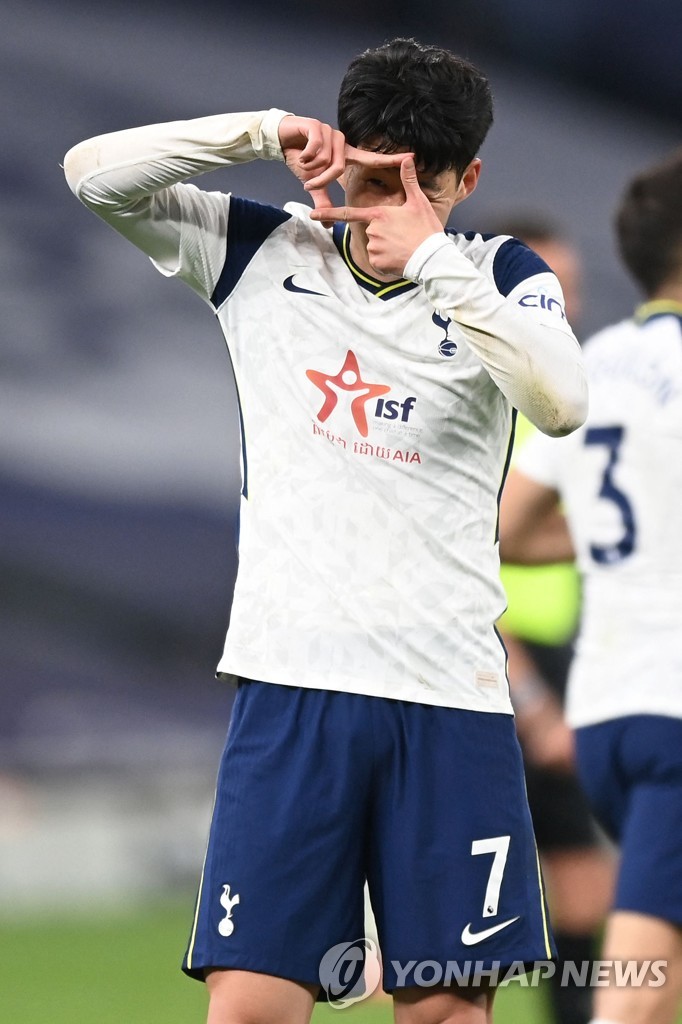