WASHINGTON, May 3 (Yonhap) -- The new U.S. policy toward North Korea does not affect the United States' alliance with South Korea or its defense commitment on the Korean Peninsula, a Pentagon spokesman said Monday.

John Kirby made the remark when asked if the outcome of the recently concluded North Korea policy review may affect the U.S. defense posture on the Korean Peninsula.

"We also have concomitant alliance requirements on the peninsula with our South Korean allies to continue to make sure we are, as the saying goes, 'ready to fight tonight,' and so that work continues," he said, referring to the slogan of the South Korean and U.S. Combined Forces Command.

"I mean...from the Department of Defense perspective, one thing that hasn't changed is our commitment to the treaty alliance with South Korea," he added in a department press briefing. 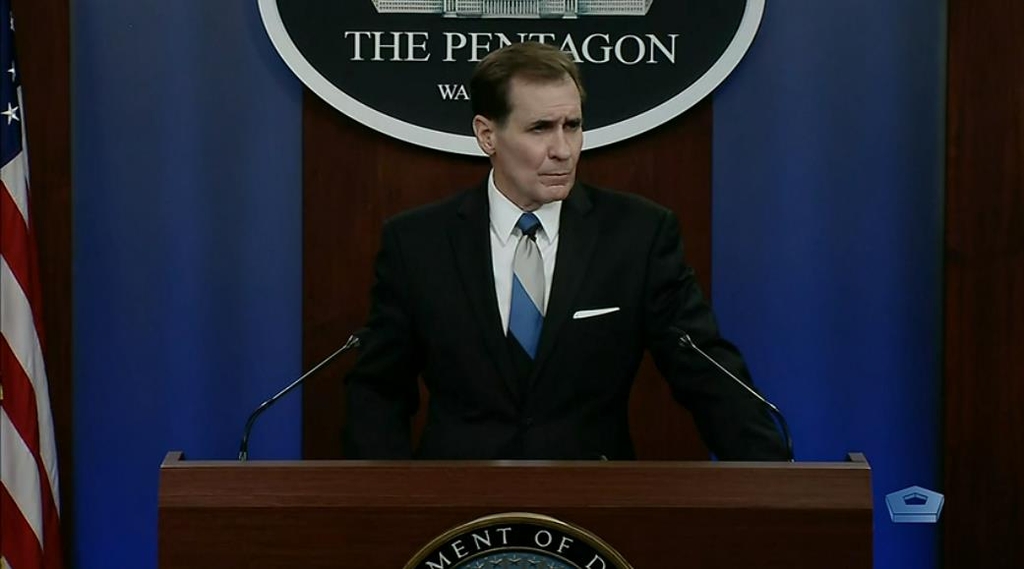 On Friday, the White House said the United States will seek "calibrated" and diplomatic ways to make practical progress toward the denuclearization of North Korea, announcing the conclusion of its North Korea policy review that began soon after Joe Biden took office as president on Jan. 20.

In addition to the North Korea policy review, the U.S. is also undertaking a global defense posture review, which has yet to be completed.

"As I said, whatever the outreach looks like to help with denuclearization of North Korea, the (defense) department will support that," he said.

The U.S. earlier said it has sought to engage with North Korea since mid-February but that Pyongyang remained unresponsive.

On Sunday (Seoul time), the North warned the U.S. will face "worse and worse crisis" down the road, accusing Biden of making a "big blunder" against its leader, Kim Jong-un, in his recent address to Congress, where he vowed to work with U.S. allies to denuclearize the North through "diplomacy, as well as deterrence."

The U.S. currently maintains some 28,500 troops on the Korean Peninsula.