SEOUL, May 4 (Yonhap) -- The top diplomats of South Korea, the United States and Japan will hold trilateral talks on the margins of a Group of Seven (G-7) gathering in London later this week, a source said Tuesday, as Washington eyes a thaw in strained ties between its Asian allies.

The meeting between Foreign Minister Chung Eui-yong, and his U.S. and Japanese counterparts, Antony Blinken and Toshimitsu Motegi, respectively, is set to take place Wednesday, as they gathered in the British capital for the session of G-7 foreign and development ministers. 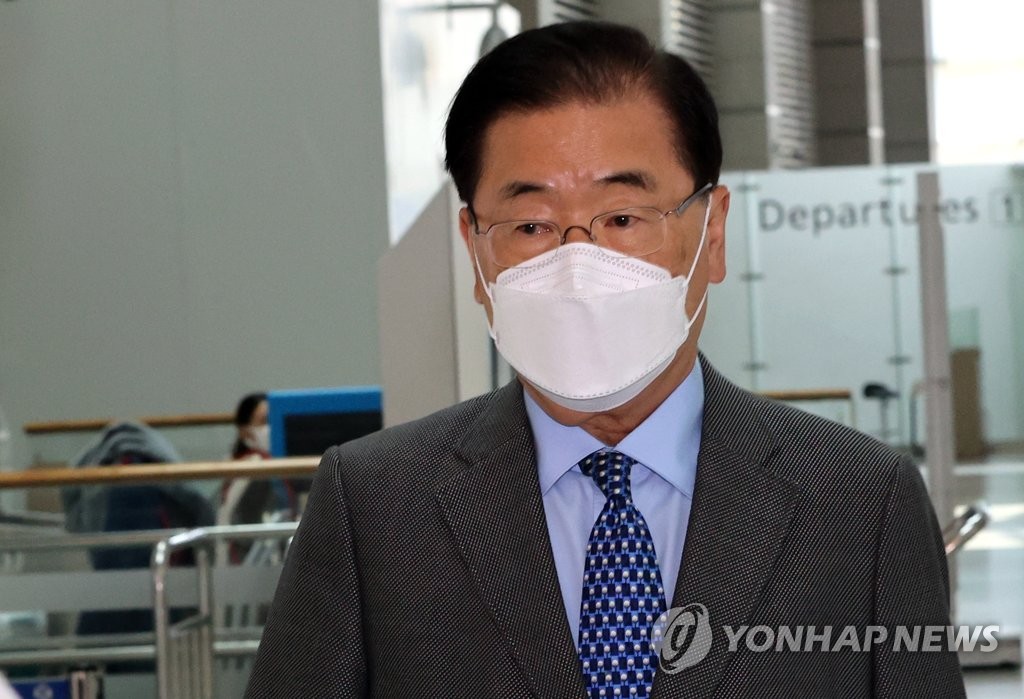 The meeting will mark the first direct engagement between Chung and Motegi, as Chung's overtures for dialogue with the Japanese minister had fallen on deaf ears amid tensions over Tokyo's wartime forced labor, sexual slavery and export curbs.

On Monday, Chung said he may also meet with Motegi bilaterally after the trilateral meeting, but it still remains uncertain if their talks will take place. 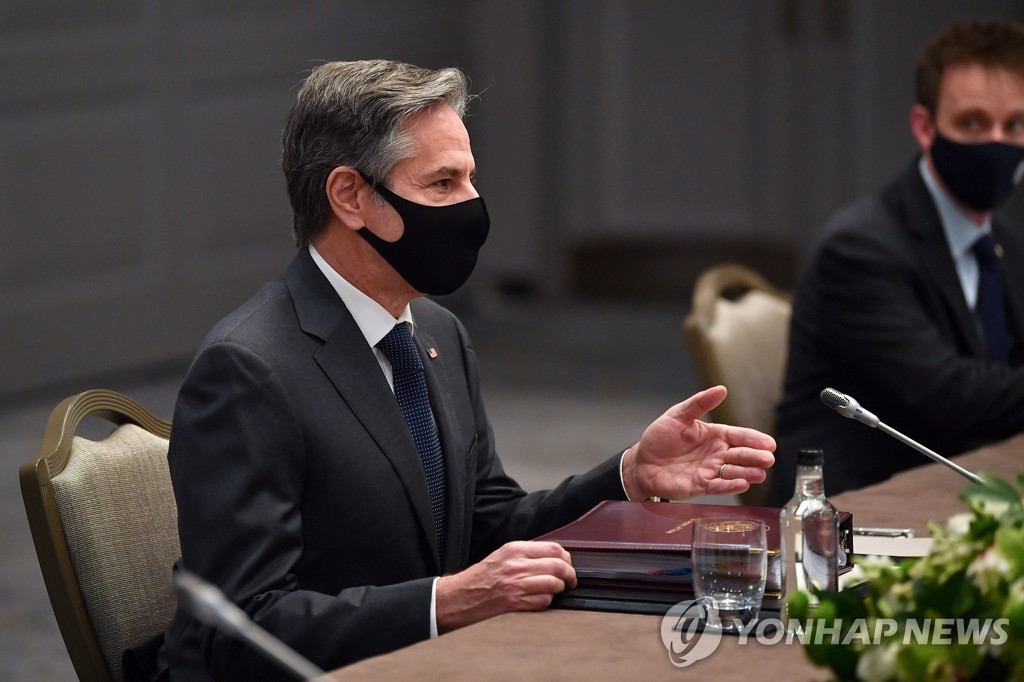 The three-way meeting has been arranged amid concerns that prolonged spats between South Korea and Japan would undercut America's efforts to revitalize its regional democratic alliance network in the face of China's growing assertiveness and North Korea's nuclear threats.

Relations between Seoul and Tokyo have shown no signs of improvement due to historical spats stemming from Japan's 1910-45 colonization of the Korean Peninsula, as well as its recent decision to discharge radioactive water from its crippled Fukushima nuclear power plant. 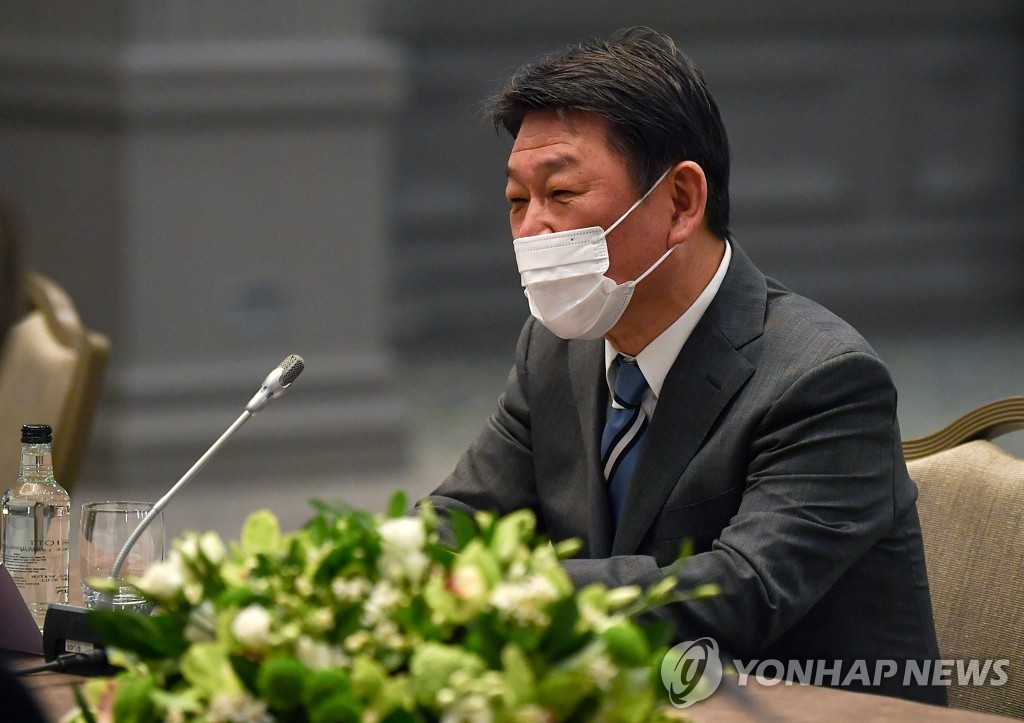 At their talks, Chung, Blinken and Motegi are expected to discuss a coordinated strategy on North Korea.

Last week, the White House said that the Joe Biden administration had completed its review of policy toward Pyongyang, and that it will seek a "calibrated, practical" approach toward the goal of the complete denuclearization of the peninsula.

The three sides could also discuss pending global issues, such as the fight against the COVID-19 pandemic, distribution of vaccines and climate change.

South Korea, the U.S. and Japan held their last trilateral foreign ministerial meeting on the sidelines of an international security forum in Germany in February last year.

Though not party to the G-7 grouping, South Korea, Australia, India, South Africa and Brunei, the chair of the Association of Southeast Asian Nations, have been invited to the forum as guests.