The Japanese Cabinet last week sent a lawmaker its decision that Japan's recruitment, placement and conscription of Korean workers during its colonial rule (1910-45) did not constitute forced labor.

The Korean Confederation of Trade Unions, the Federation of Korean Trade Unions and a coalition of NGOs campaigning for forced labor victims held a news conference in Seoul to condemn the move and demand Tokyo's formal apology and compensation.

"We are dumbfounded that Japan tried to deceive the world even in the face of obvious evidence emerging one after another," a participant said during the event. 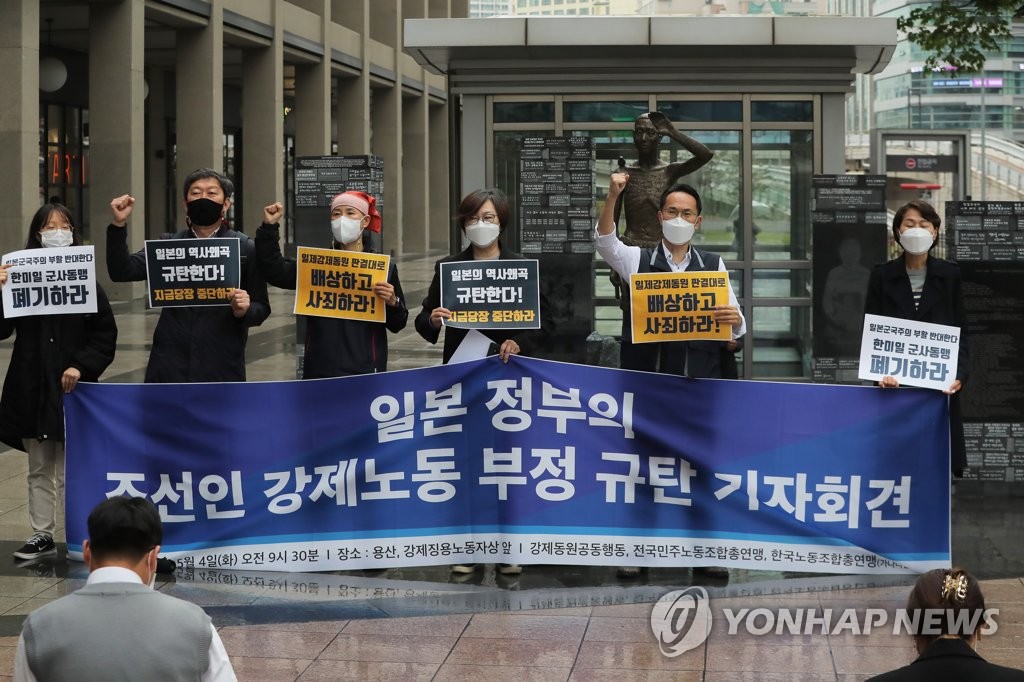 The groups noted that the Japanese government recognized the existence of forced labor when it had Hashima Island, known as Battleship Island, listed as a World Cultural Heritage site in 2015.

They demanded Japan immediately apologize and compensate victims and urged South Korea to resolutely deal with the issue in diplomatic fields, including a summit between Presidents Moon Jae-in and Joe Biden set for May 21.
(END)