SEOUL, May 5 (Yonhap) -- President Moon Jae-in held an online meeting with a group of elementary school students on the occasion of Children's Day.

He joined the event from his Cheong Wa Dae office on Tuesday, together with first lady Kim Jung-sook, and a related video clip was released Wednesday, which marks the 99th Children's Day in South Korea.

Invited to the meeting were all 38 students at Doseong Elementary School in Pyeongchang, Gangwon Province. Located in the county, 180 kilometers east of Seoul, the tiny school is known for its play-at-school program.

"Children's Day is a day when children are the protagonist of the world," Moon told the kids. 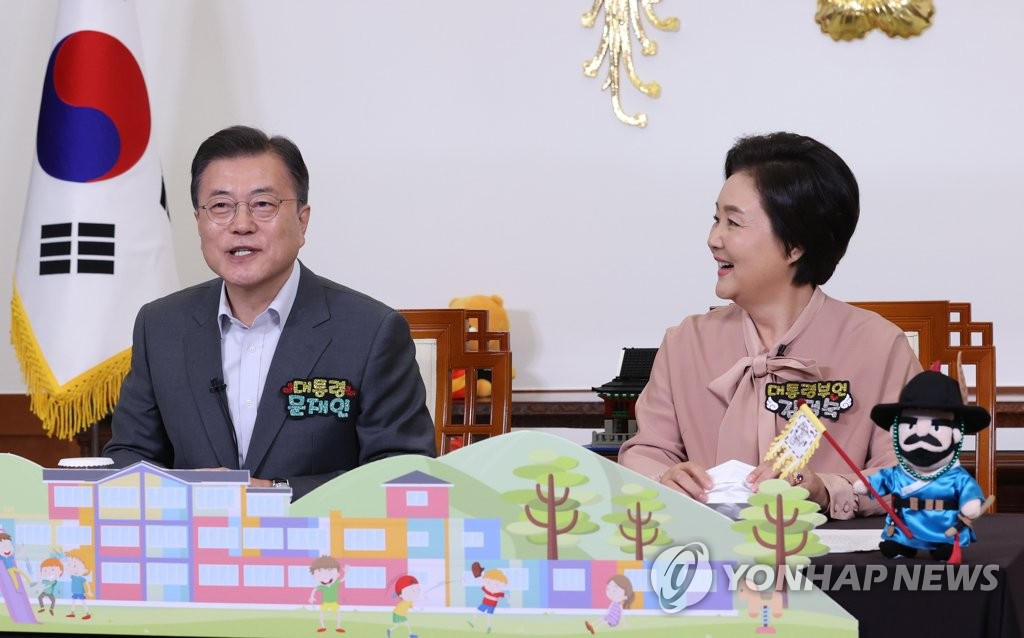 He expressed regret that he was meeting them via video links due to COVID-19.

"It is my biggest wish to enable you to play with friends, with masks off, as early as possible," he added. "Let's make efforts together, while abiding by virus control and prevention rules, so that such a day can come as soon as possible."

Moon said that he likes Pyeongchang, where the school is situated, especially as the 2018 Winter Olympic games took place there.

It is customary for South Korea's president to invite kids and their families to Cheong Wa Dae on Children's Day. Last year, Moon instead offered a virtual tour of his office for children amid the spread of the coronavirus. 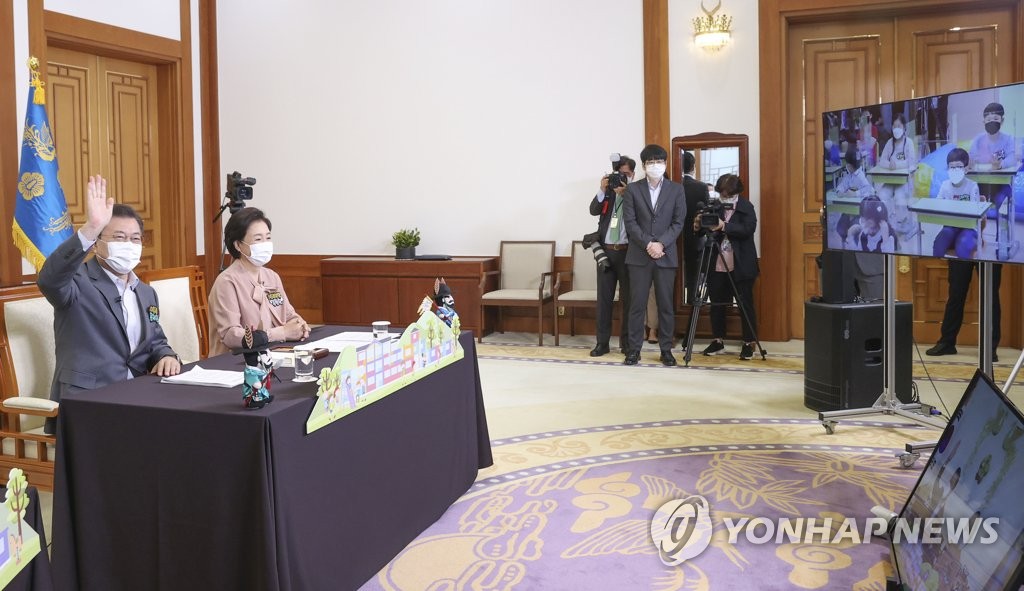