SEOUL, May 15 (Yonhap) -- South Korean telecom operators are joining other internet service providers to expand their footholds in data centers as the pandemic drives demand for online services and to tackle a surge in data traffic amid the increased penetration of the 5G network across the country. 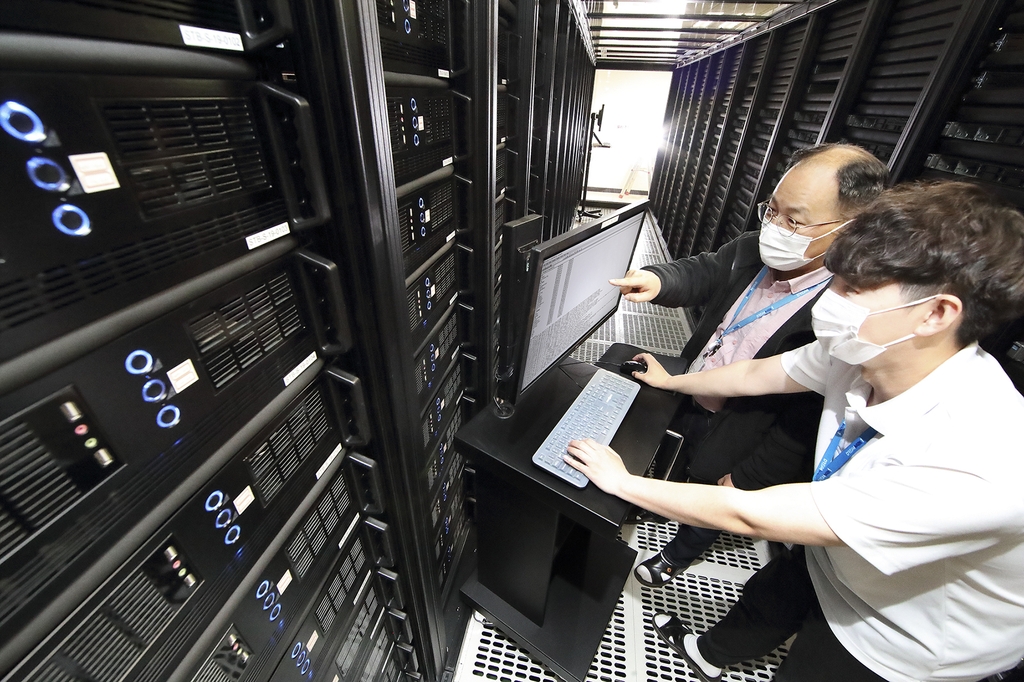 Data centers are facilities made up of internet servers and IT equipment that companies rent to store data or use to power their online services instead of operating their own infrastructure.

The facilities, popular among small companies and foreign IT firms, have grown in demand as online activities, such as video streaming, social networking services and shopping, have increased in the past year amid the pandemic.

The size of South Korea's server market is estimated to reach 1.8 trillion won (US$1.59 billion) this year, up 2.4 percent from the previous year, and hit 2.6 trillion won by 2025, according to a report from market researcher International Data Corp.

While KT has so far operated its own data centers, the latest establishment incorporates the telecom operator's operating system and network at a borrowed facility.

"There was a limit to respond to the explosive data center demand, leading to the establishment of the data center in Guro," a KT official said.

In its first-quarter earnings, the company said sales from its artificial intelligence and digital transformation business, which includes its internet data center service, rose 7.5 percent on-year to 134.5 billion won (US$119 million).

"With the opening of the center in Yongsan, we've begun to see a good performance in the first quarter," KT Chief Financial Officer Young-jin Kim said in a conference call Tuesday.

For all of last year, sales from the telecom operator's internet data center business stood at 228 billion won, up 16.1 percent from the previous year.