SEOUL, May 14 (Yonhap) -- K-pop sensation BTS is featured on the cover of the latest issue of U.S. popular culture magazine Rolling Stone.

"BTS appears on our June cover," the magazine tweeted Thursday (local time), posting an interview with the septet as the cover story on its website.

The magazine said it is the first time that an all-Asian act has fronted the magazine in its 54-year history. 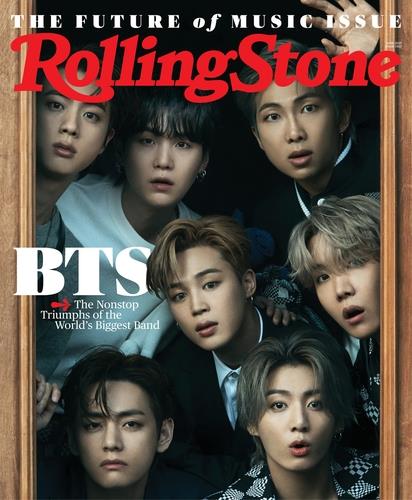 The cover story, titled "The Triumph of BTS," features the birth of the seven-member boy band -- RM, Jin, Suga, J-Hope, Jimin, V and Jungkook -- in 2013 and its penetration into the world's pop music industry.

"BTS' magical levels of charisma, their genre-defying, sleek-but-personal music -- every bit of it feels like a visitation from some brighter, more hopeful timeline," it said.

It noted that the K-pop band has refused to follow the "outdated" concept of masculinity, as each member is comfortable with makeup and hair dye and not reluctant to shed tears while appreciating the support of their fans onstage.

"The labels of what being masculine is, is an outdated concept. It is not our intention to break down," BTS leader RM was quoted as saying in the interview. "But if we are making a positive impact, we are very thankful. We live in an age where we shouldn't have those labels or have those restrictions," he added. 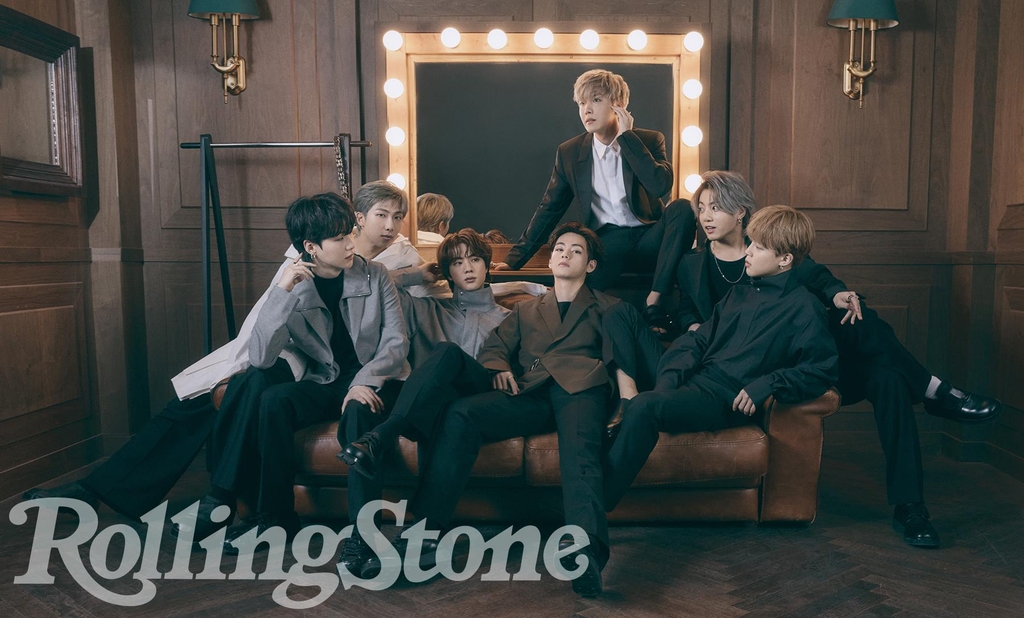 The Rolling Stone article also introduced the South Korean government's recent move to allow A-list celebrities who have received cultural medals or awards from the government to delay their mandatory military service up until they are 30 years old.

All able-bodied South Korean men between the ages of 18 and 28 must serve in the armed forces for about two years, a legacy of the 1950-53 Korean War that ended with an armistice rather than a peace treaty.

BTS' Jin, who turned 28 last December, benefited from the law revision, and he has two more years left.

"I think the country sort of told me, 'You're doing this well, and we will give you a little bit more time,'" he said, adding that the mandatory military service is "an important duty for our country."

For BTS' upcoming single "Butter," the U.S. magazine said it is retro-style lighthearted dance-pop that has no heavy message like its previous megahit song "Dynamite."

"Butter," BTS' second English-language song, will be released on May 21, with its first onstage performance to be unveiled at the Billboard Music Awards (BBMAs) scheduled for May 23.

Founded in 1967, Rolling Stone is an American monthly magazine focusing on pop culture, with iconic artists featured on the cover many times.