SEOUL, May 16 (Yonhap) -- The Asian Football Confederation (AFC) confirmed Sunday that North Korea has withdrawn from Asian qualifiers for the 2022 Qatar World Cup.

"The AFC has today confirmed the withdrawal of the DPR Korea Football Association from the Asian Qualifiers for the FIFA World Cup Qatar 2022 and AFC Asian Cup China 2023," the association said on its website.

The North reportedly cited fears of coronavirus infection among the reasons for its withdrawal.

The AFC then said it would try to convince Pyongyang to reconsider its decision, but the attempt appears to have been unsuccessful.

South Korea, which was scheduled to host North Korea, Turkmenistan, Lebanon and Sri Lanka in Group H matches, will play only three games as a result.

The AFC said it will announce further details on the standings in Group H. 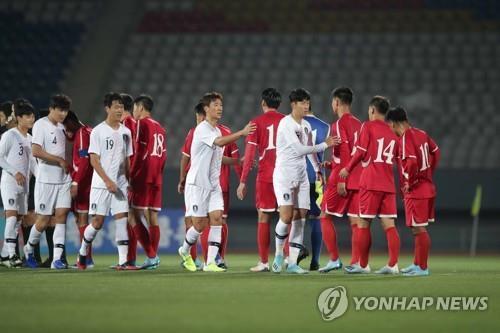