SEOUL, May 17 (Yonhap) -- Powered by an early birdie barrage, South Korean Lee Kyoung-hoon has entered the winner's circle for the first time on the PGA Tour.

Lee rallied to capture the AT&T Byron Nelson at TPC Craig Ranch in McKinney, Texas, on Sunday (local time), shooting a six-under 66 with eight birdies in the weather-interrupted final round. Lee finished at 25-under 263 at the 7,468-yard, par-72 course, beating Sam Burns by three strokes.

It was Lee's 80th career start on the tour. 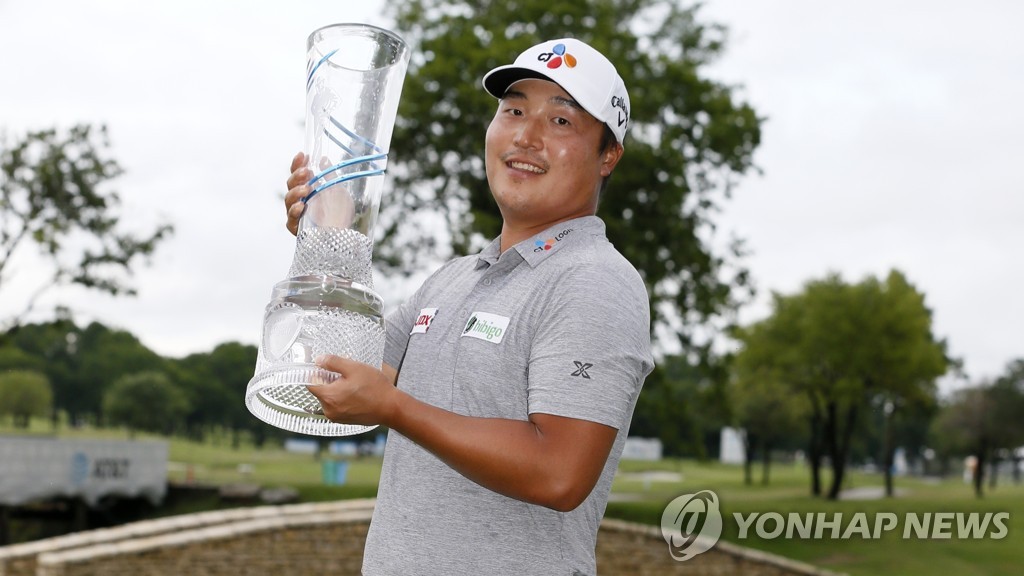 Thanks to this victory, Lee leapt from 137th to 59th in the latest world rankings. He has also qualified for the PGA Championship, the second major of the year beginning Thursday in South Carolina.

Lee finished tied for second place at the Waste Management Phoenix Open in Scottsdale, Arizona, in February this year. That was Lee's only top-10 finish in 22 tournaments prior to the Byron Nelson.

Lee has also cracked the top 30 in the FedEx Cup standings at No. 29. The top 30 at the season's end will qualify for the Tour Championship in September. 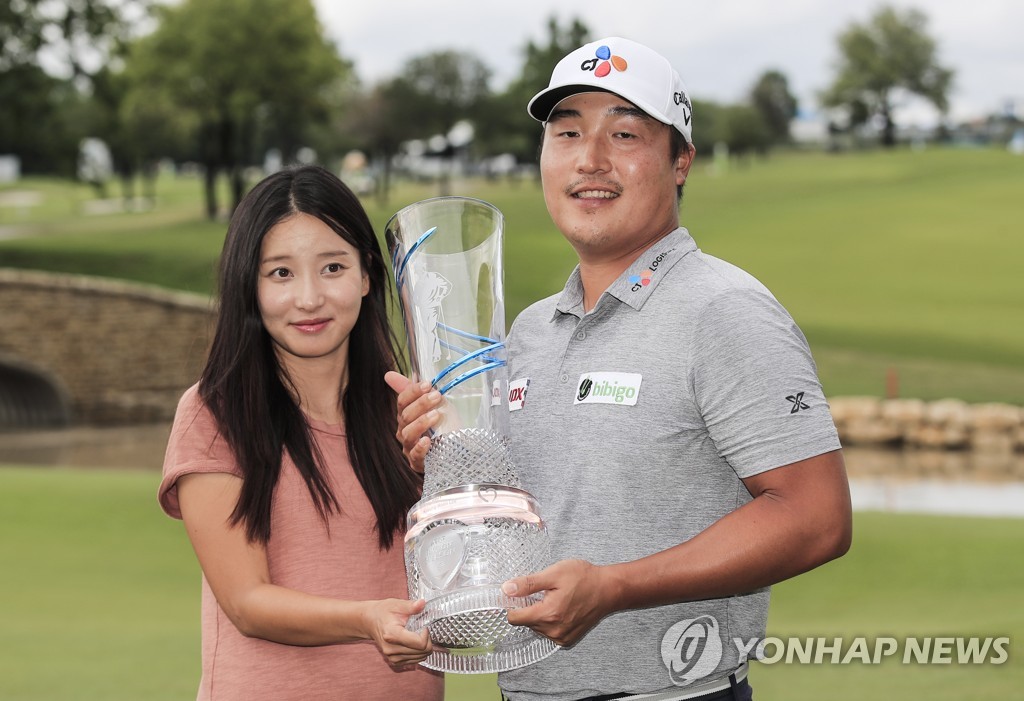 Lee started the final round alone in second place at 19-under, one behind Burns. Former major champions Charl Schwartzel and Jordan Spieth were among four players lurking at 17-under.

Lee meant business early on, recording three consecutive birdies starting at the second hole to turn his one-shot deficit into a three-stroke lead at 22-under. Burns had two bogeys and a birdie over his first four holes. 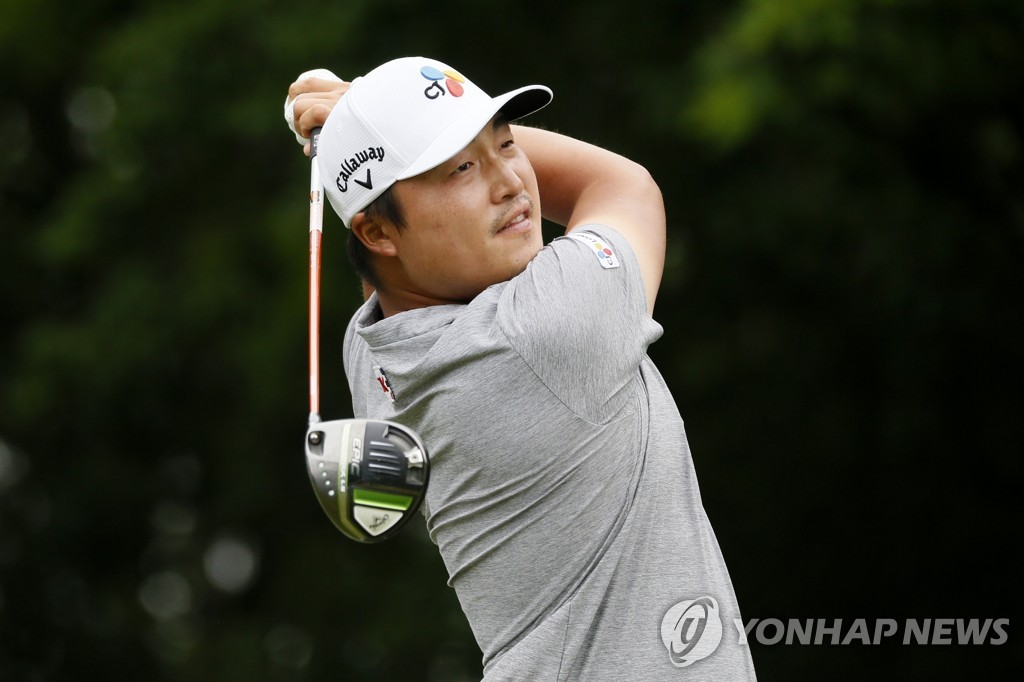 Burns tried to keep pace with a birdie at the fifth, but Lee responded with a birdie of his own at the sixth -- set up nicely by a deft wedge shot from 67 yards out.

Lee nearly holed out for an eagle from 167 yards away at the par-4 eighth and made a three-foot putt for his fifth birdie of the round to reach 24-under. 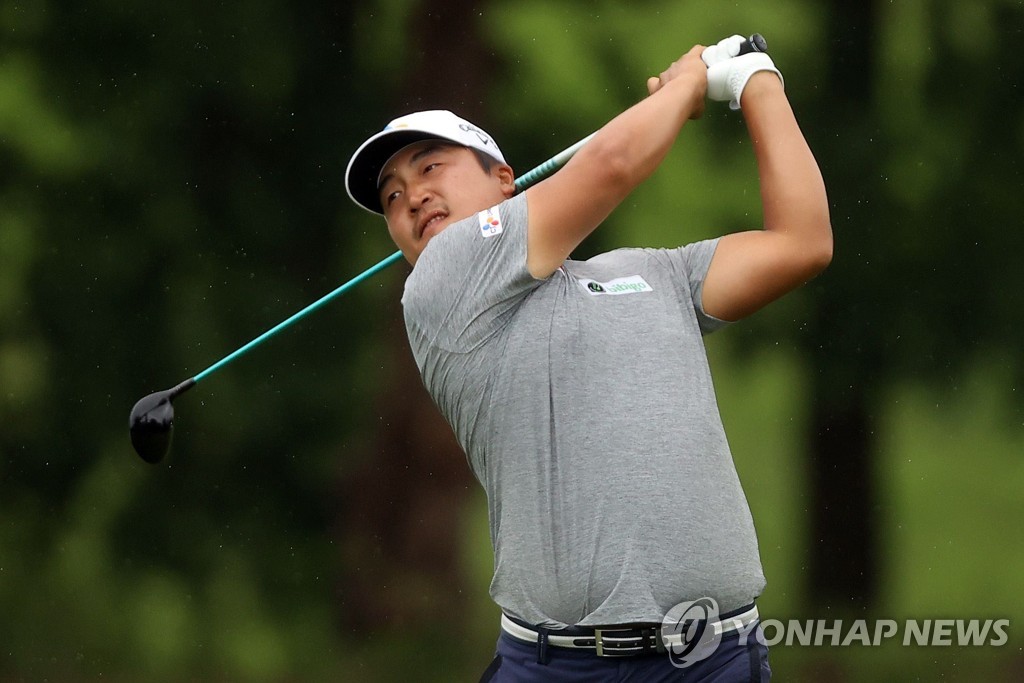 A bogey on the par-5 ninth, a result of an errant tee shot, briefly halted Lee's momentum. But the South Korean birdied the next par-5 hole at the 12th, with a pitch shot setting up a four-foot putt that took him back to 24-under. 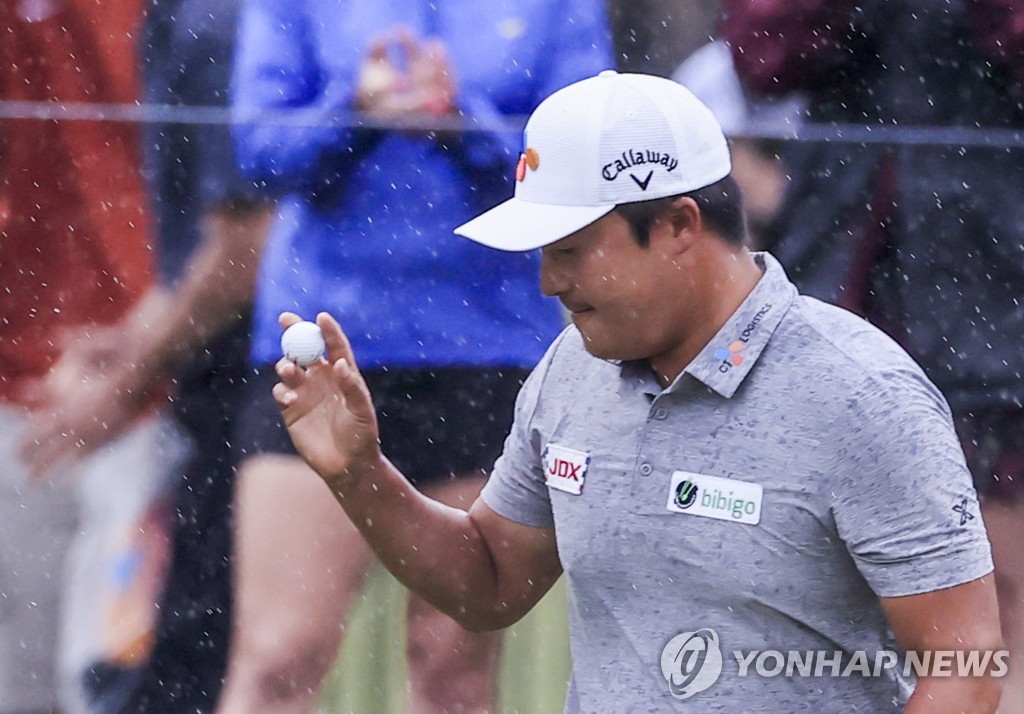 Play was suspended due to heavy rain and a thunderstorm passing through the area, with Lee staring at a 15-foot par putt at the par-14 16th. At 24-under, Lee was leading three players by three strokes, with two of them, Patton Kizzire and Daniel Berger, already done for the day.

When the round resumed more than two hours later, Lee left his putt short for his second bogey of the day. The lead was now two with two holes to play.

Lee came right back with an excellent tee shot at the par-3 17th, setting up a three-foot birdie putt. Moments after Burns missed his 14-foot birdie attempt that would have put some pressure on the leader, Lee drained his putt to restore a three-shot lead at 24-under. 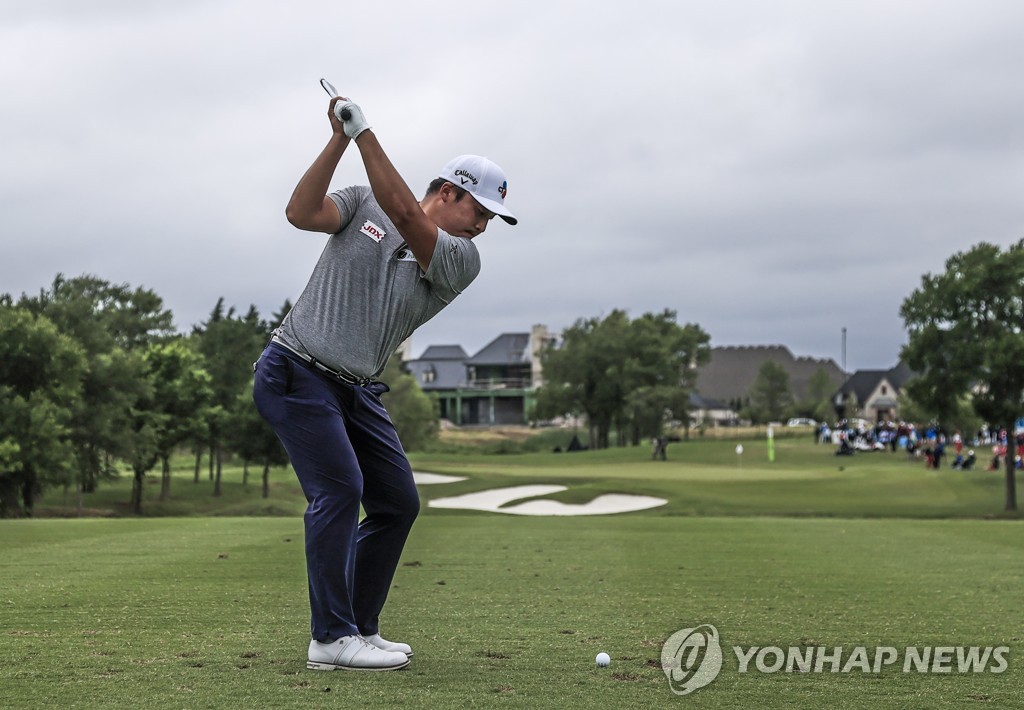 Despite missing the fairway to the right at the 18th hole, Lee reached the par-5 green in two and nearly drained an eagle putt from 39 feet out.

"Long day for me, but I think it was so for everybody," Lee said of the rain delay in a televised interview afterward. "I just tried to keep patient. I didn't want to look at the leaderboard and just tried to play my golf. I am very excited and happy."