SEOUL, May 17 (Yonhap) -- The unification ministry on Monday expressed disappointment over North Korea's final decision to withdraw from a World Cup qualifier set to take place in the South next month.

On Sunday, the Asian Football Confederation (AFC) confirmed the withdrawal of the North from the Asian qualifiers for the 2022 Qatar World Cup.

"The unification ministry has maintained the stance that it is desirable to use the World Cup and other international games as an opportunity for inter-Korean exchange in sports," Lee Jong-joo, the ministry's spokesperson, told a regular press briefing.

"As such, we find North Korea's decision to be disappointing," Lee said.

South Korea will continue efforts to seek other opportunities to make progress in inter-Korean cooperation but has no plans to reach out to the North regarding the World Cup qualifiers, she added.

North Korea will also be skipping the 2023 Asian Cup, to be held in China, as a result of their decision to withdraw from the qualifiers. 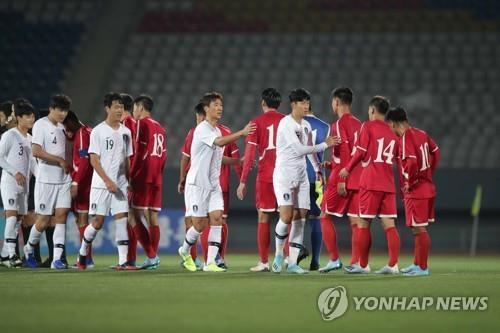