SEOUL, May 17 (Yonhap) -- President Moon Jae-in on Monday instructed his new prime minister to swiftly decide on the principle of housing policy, amid discussions between the administration and the ruling party, in order to prevent chaos in the highly sensitive property market.

The president issued the instruction to Kim Boo-kyum, who was inaugurated as prime minister on Friday, during their first regular weekly meeting at Cheong Wa Dae.

Moon underscored the importance of a quick decision to avoid "confusion in terms of real estate measures in the field," presidential spokesperson Park Kyung-mee said.

The government and the ruling Democratic Party are currently discussing ways to revise the administration's real estate policy, as the failure to curb skyrocketing housing prices throughout Moon's term was seen as the key reason behind the party's crushing defeat in last month's Seoul and Busan mayoral by-elections.

The president also asked the prime minister to step up efforts to accelerate the public COVID-19 vaccination program, stating that people can live more freely after getting vaccinated.

The government aims to vaccinate 13 million people by June and achieve herd immunity by November. As of Monday, 940,345 people, or 1.8 percent of the country's population, have been fully vaccinated, receiving both doses of two-part vaccines.

Kim told Moon that he plans to hold a workshop meeting with members of the Cabinet on Saturday, while explaining that his administrative focus will center on the pursuit of national unity and addressing real problems in people's lives. 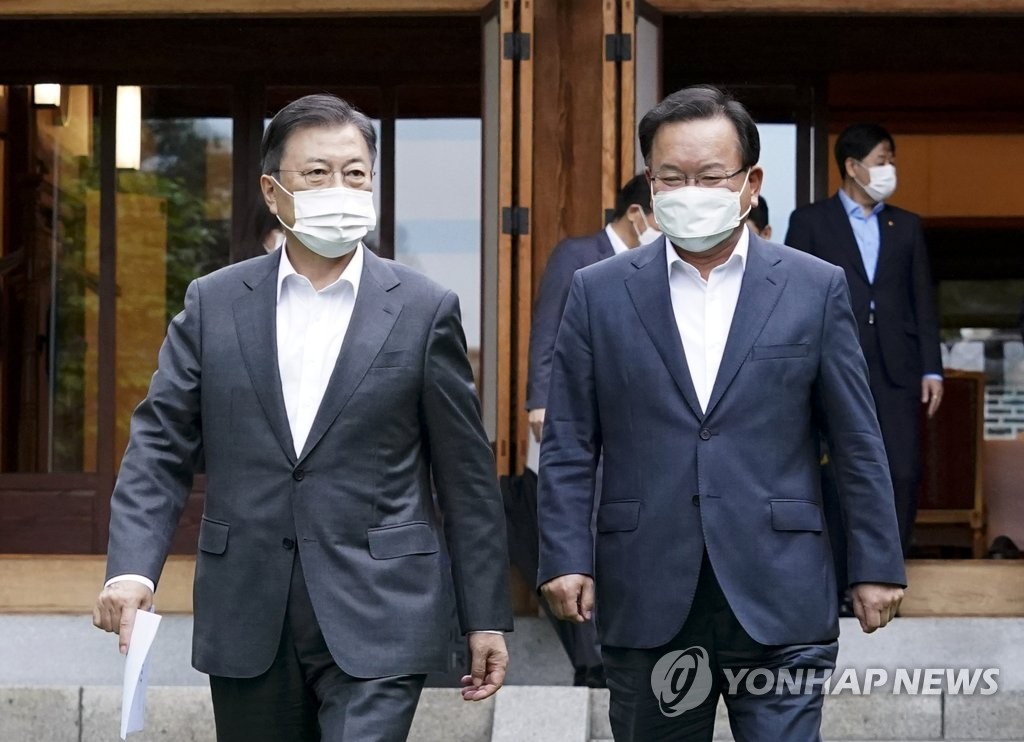