SEOUL, May 18 (Yonhap) -- A North Korean propaganda outlet on Tuesday described a 1980 pro-democracy uprising in South Korea as a "historic event" in the anti-fascism movement, highlighting people's fearless fight in the face of a bloody crackdown.

On Tuesday, South Korea marks the 41st anniversary of the May 18 uprising in the southwestern city of Gwangju quelled ruthlessly by the military junta led by then Gen. Chun Doo-hwan. The crackdown left more than 200 people killed and 1,800 others wounded.

"The Gwangju people's uprising is a historic event that shines in the history of South Korean people's anti-fascism struggle," DPRK Today, one of the North's propaganda websites, said. "It is the first and biggest ever in the modern history of struggle in eastern countries."

The website said that a large number of people, including children and students, were killed and wounded in their fearless fight against a bloody crackdown despite food and water running out and electricity being cut off.

"The devastation of that day when untold kids and students lost their lives in a brutal way remains an indelible scar in the minds of our compatriots even though time has passed by and generations have changed," it added.

Uriminzokkiri, another North Korean propaganda website, denounced the descendants of those involved in the deadly crackdown for their hypocrisy of paying tribute to the victims and their families without intending to sincerely apologize.

"How dare the descendants of the murderers who killed innocent people and turned Gwangju into a sea of blood come to the foot of Mount Mudeung (in Gwangju) and pretend to offer condolences to the bereaved," the website said.

"It is a shameless act just like holding a funeral for a person after they killed him," it said. "Even a child would know that they have not visited Gwangju with sincere apology and regret in their minds." 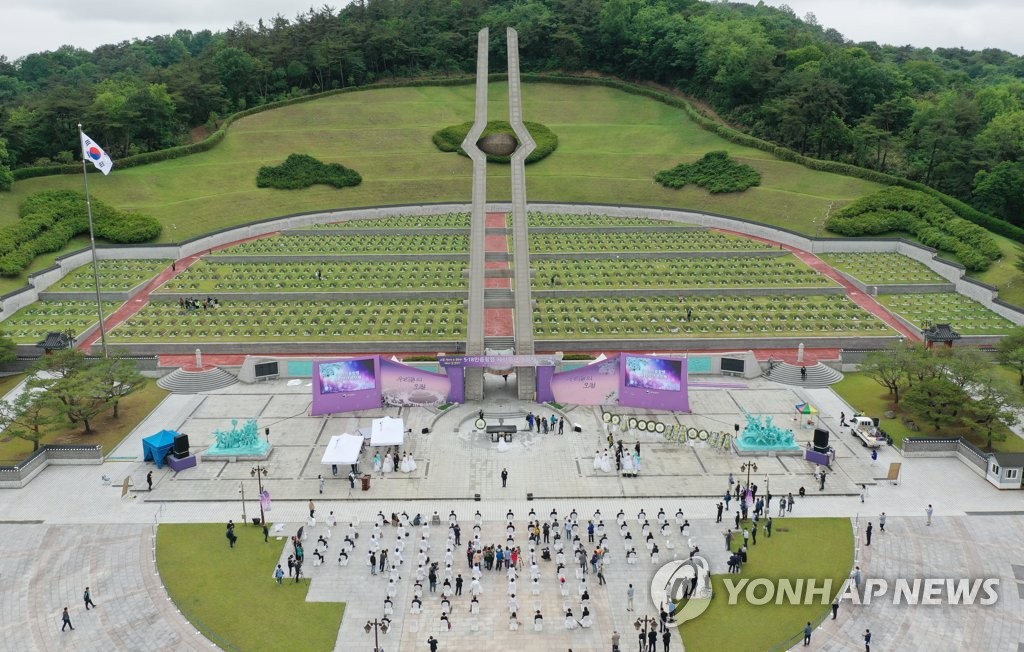