Their summit will be held at the White House on Friday afternoon (local time) followed by a joint press conference, according to Chung Man-ho, senior Cheong Wa Dae secretary for public communication. 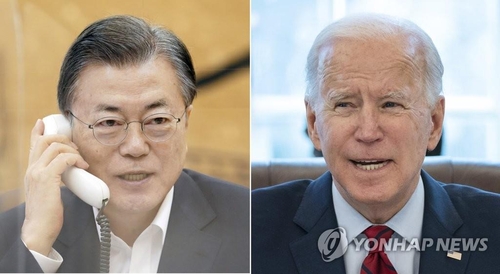 Moon plans to leave for the U.S. capital on Wednesday afternoon.

He is scheduled to begin his official activity there on Thursday morning with a visit to Arlington National Cemetery. He is to pay tribute at the Tomb of the Unknown Soldier.

In the afternoon, Moon is to visit Capitol Hill for a meeting with Nancy Pelosi, speaker of the House of Representatives, and other leaders of the chamber.

The following day, Moon will meet with Vice President Kamala Harris ahead of summit talks with Biden.

High on the agenda at their summit is cooperation against the COVID-19 pandemic, especially on the supply of vaccines.

"Various methods will be discussed in connection with vaccine cooperation between the two countries," a senior Cheong Wa Dae official told reporters later on condition of anonymity.

He stopped short of elaborating, saying consultations are still under way on specific agenda items.

North Korea is another key issue to be discussed. The Biden administration said it has completed a related policy review. Moon is hoping for a breakthrough in efforts to reactivate the Korea peace process.

The Cheong Wa Dae official pointed out Washington's recent statement that it is prepared to consider incentives if North Korea takes meaningful denuclearization steps. He described it as a "very practical and flexible" approach.

Biden may raise the sensitive issue of whether South Korea needs to join a regional security forum, known as Quad and widely viewed as directed against China. The U.S. is reportedly moving to expand the Quadrilateral Security Dialogue, which currently has three other member states -- Japan, India and Australia.

During his stay in Washington, meanwhile, Moon will also attend a groundbreaking ceremony for the construction of the Wall of Remembrance at the Korean War Veterans Memorial.

He is slated to meet Cardinal Wilton Gregory, the archbishop of Washington, D.C., on Saturday afternoon.

He is pushing to make a stopover in Atlanta on his way back home to visit a factory of SK Innovation, South Korea's largest energy company, Chung said.

Moon is to return to Seoul on Sunday night. It will mark Moon's first overseas trip in 1 1/2 years. He had skipped foreign visits due to the coronavirus pandemic since traveling to China in December 2019. 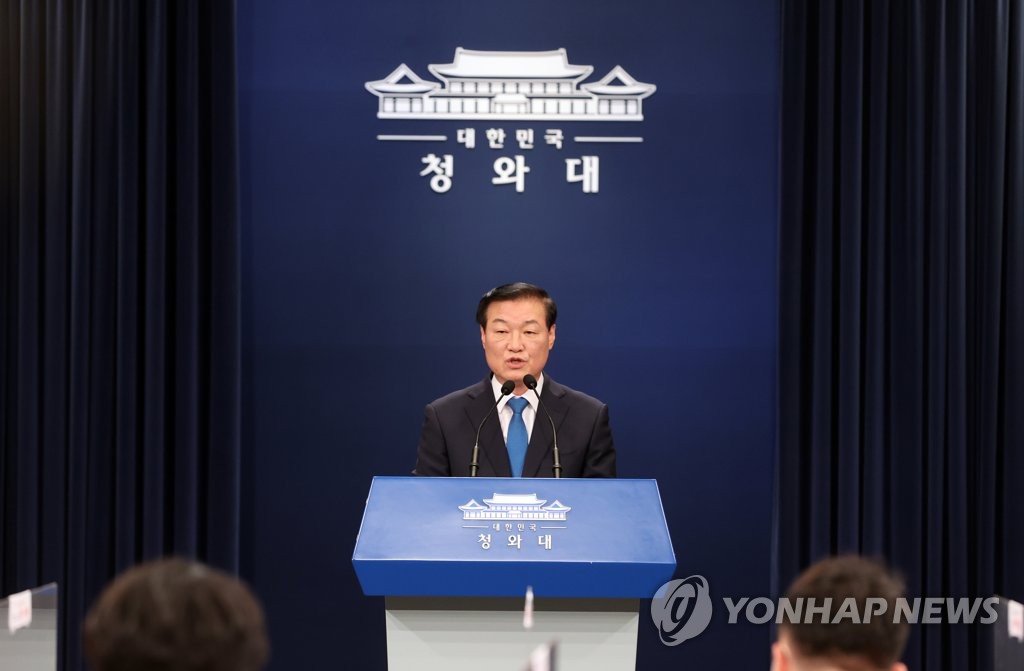