The signing of the law came one day after the House of Representatives voted 364-62 to pass the bill. The Senate had voted 94-1 to pass the COVID-19 Hate Crimes Act on April 22.

"For centuries, Asian Americans, native Hawaiians, Pacific Islanders, diverse and vibrant communities have helped build this nation only to be often stepped over, forgotten or ignored," Biden said in a signing ceremony at the White House.

"Hate can be given no safe harbor in America." 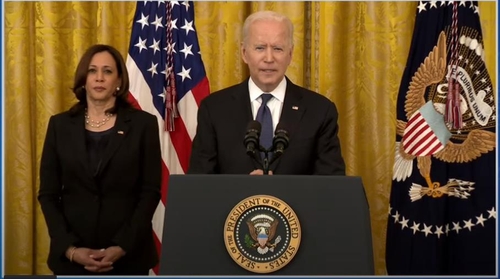 Biden said America is unique among nations, one that is built on a document -- the Constitution -- instead of ethnicity, religion or geography.

"It says, 'We hold these truths to be self evident that all men and women are created equal, endowed by their creator with certain inalienable rights, including life, liberty and the pursuit of happiness,' " said the president, citing the Constitution.

"Every time we're silent, every time we let hate flourish, we make a lie of who we are as a nation. We cannot let the very foundation of this country continue to be eaten away, like it has been in other moments in our history and is happening again," he added. 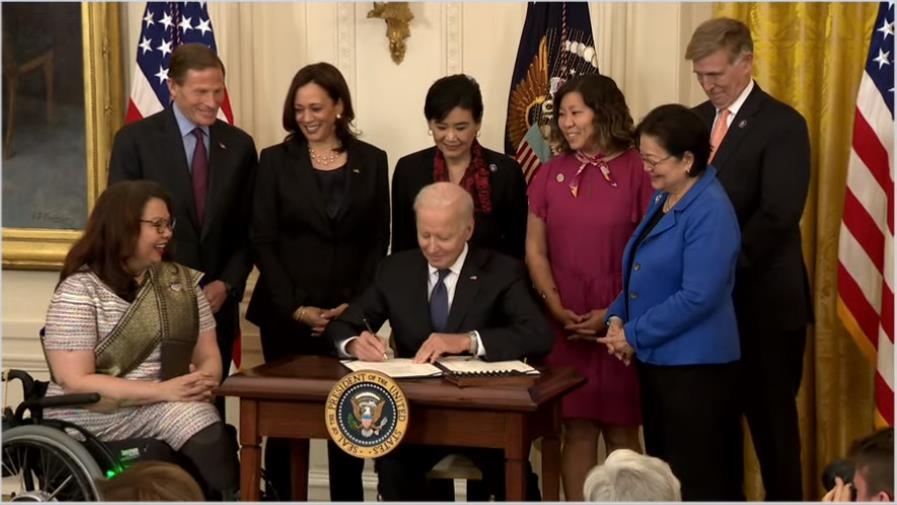 More than 3,800 hate incidents targeting such minority groups had been reported in 2020 alone.