SEOUL, June 8 (Yonhap) -- "Butter," the latest hit by boy band BTS, again ranked No. 1 on the Billboard's main singles chart in its second week after debuting.

"BTS' "Butter" adds a second week at No. 1 on the Billboard Hot 100 songs chart, a week after it soared in at the summit, becoming the South Korean superstar group's fourth leader on the list," Billboard said Monday (U.S. time), citing figures from MRC Data showing how the song drew 19.1 million U.S. streams and logged 140,200 downloads in the week ending June 3. 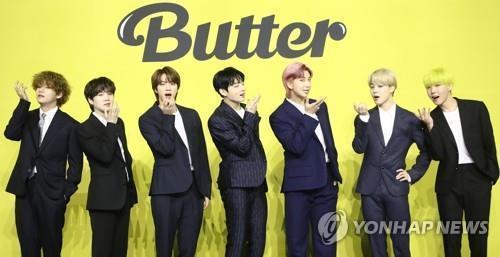 Last week, the septet added another feat to its list of milestones by making its third debut atop one of the pop music industry's signature charts. BTS became the "first group with a trio of No. 1 entrances," Billboard noted.

In 2020, the septet made history by becoming the first Korean act to debut at No. 1 on the Hot 100 with its first English-language single, "Dynamite," that also earned the group its first Grammy nomination.

Later in the year, the group's song "Life Goes On" that was the main track for their album "BE," became the first song predominantly sung in Korean to debut at top spot on the main singles chart.

In addition to "Dynamite" and "Life Goes On," the group also featured in a remix version of "Savage Love (Laxed - Siren Beat" by Jawsh 687 and Jason Derulo, which ranked No. 1 in October last year. 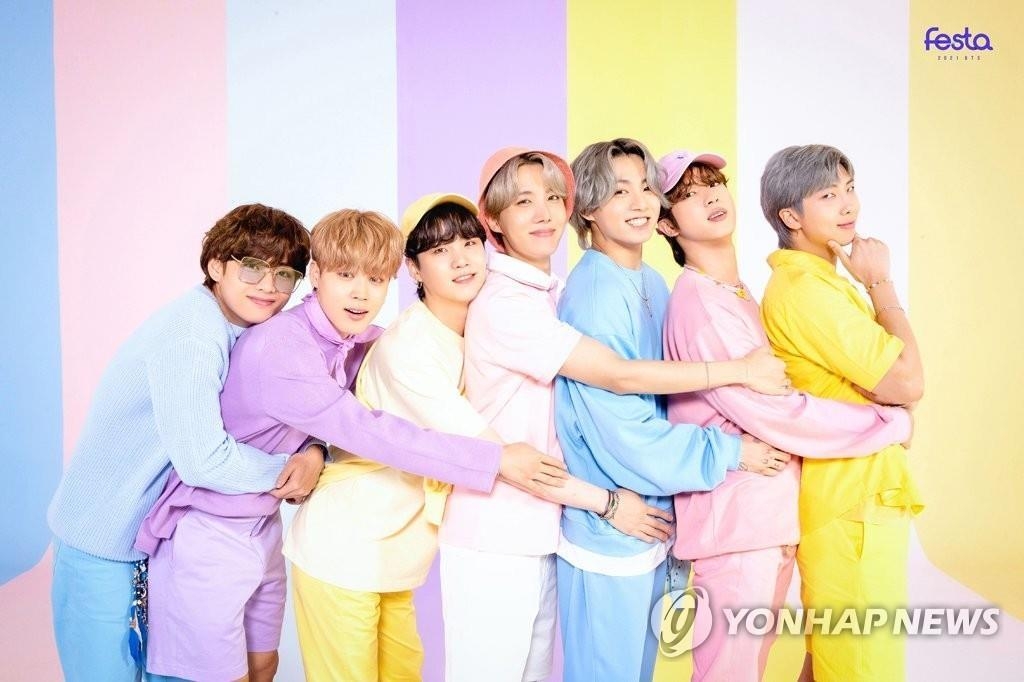 "What we can do is just releasing (a) cool summer song, making people dance in their rooms or houses, giving them energy and helping them survive," RM said in an interview with Apple Music. "I think that's helping ourselves too."

The song has proven to be a megahit immediately upon its release.

It topped iTunes top songs charts in more than 100 regions, as well as music charts in South Korea and Japan, a day after its release. The song debuted at No. 3 on Britain's Official Charts, tying with the group's earlier hit "Dynamite."

On YouTube and Spotify, the world's biggest platforms, BTS outdid its previous records with "Dynamite." "Butter" earned 20.9 million streams on its first day of release, marking the most streams in a single day in Spotify's history, according to the band's management agency.

The English-language single also racked up 108.2 million views on YouTube in its first 24 hours of release, outnumbering "Dynamite" at 101.1 million views. The music video for the new single also recorded more than 3.9 million peak concurrents, becoming the biggest YouTube music video premiere and replacing the band's own record of 3 million for "Dynamite."

Adding on to the song's popularity, BTS has released three remix versions -- "Hotter," "Sweeter" and "Cooler" -- of "Butter," which apparently come from the song's lyrics: "Hotter? Sweeter! Cooler? Butter!" 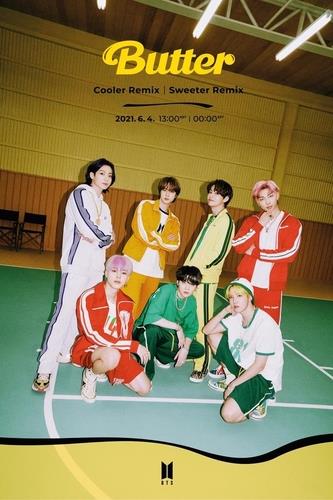