The meeting was held in the southeastern city of Busan between Seo Hyeung-jin, the vice chief of the Defense Acquisition Program Administration, and Mark Goldsack, the director of Britain's Department for International Trade Defence and Security Organisation.

Issues on the agenda ranged from their weapons systems to offset agreement programs.

The two countries have held such a meeting every year since signing a memorandum of understanding on defense industry cooperation in 1993.

Tuesday's meeting was also joined by six companies from the two countries to discuss cooperation, according to the agency.

"Britain is a leading country in the defense sector, which has high-level technologies to develop a number of cutting-edge weapons systems. It is an essential partner for various forms of cooperation, such as joint research and development and technology exchanges," the agency said in a release.

The meeting took place as South Korea pushes to secure a 30,000-ton-class light aircraft carrier with its own technologies by 2033.

In the second half of the year, Britain's HMS Queen Elizabeth aircraft carrier will make a port call at Busan to boost "bilateral defense cooperation and friendly exchanges." 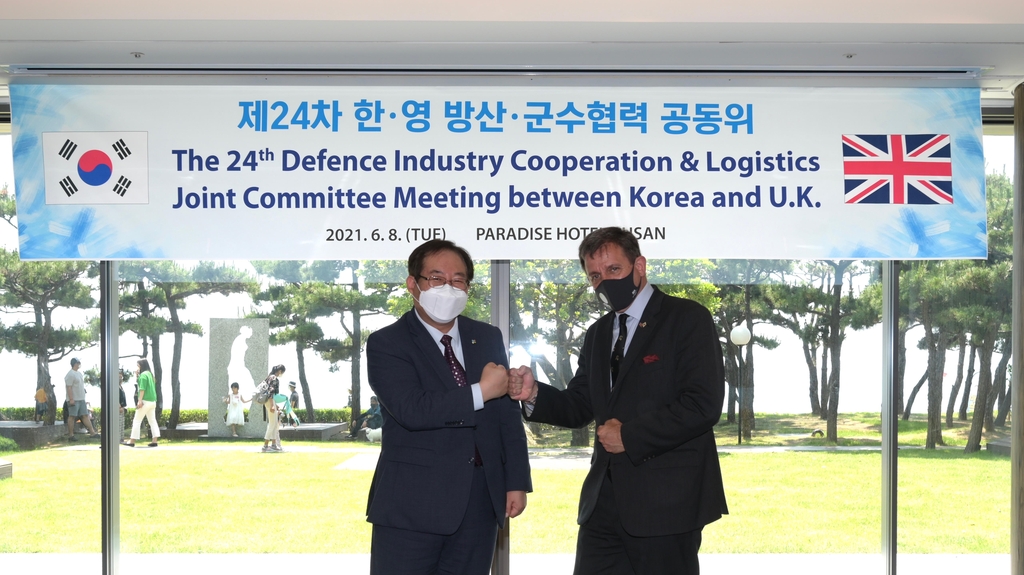