SEOUL, June 8 (Yonhap) -- South Korea's 11 international film festivals on Tuesday called for the release of a Myanmar filmmaker who was recently arrested in the military-controlled Southeast Asian country.

"The festivals strongly condemn the ongoing violence in Myanmar and urge the release of the producer, Ma Aeint," the 11 organizations led by the Busan International Film Festival (BIFF) said in a statement. "Furthermore, we ask all the related authorities to protect her safety and civil rights fairly."

Ma Aeint, a Myanmar film producer who was invited to BIFF in 2020 for "Money Has Four Legs," has been out of contact since she was arrested Saturday.

They also expressed solidarity with the people of Myanmar and the filmmakers fighting for democracy against the military regime. 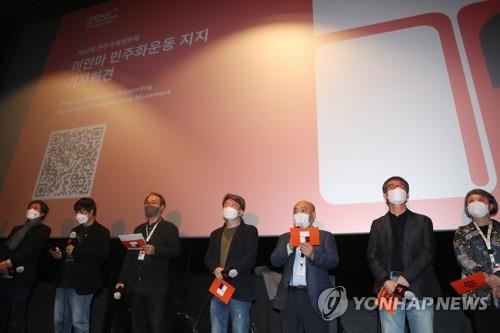