The album, released Monday, ranked No. 1 in regional charts in countries such as the United States, Britain, France, Canada and Germany, according to SM Entertainment.

The album also sat atop digital album charts compiled by Chinese music services, like QQ Music, Kugou Music and Kuwo Music, it added. On QQ Music, it earned a triple platinum certification -- given to albums that have exceeded sales of 3 million Chinese yuan (US$469,402) -- in two hours and 19 minutes. 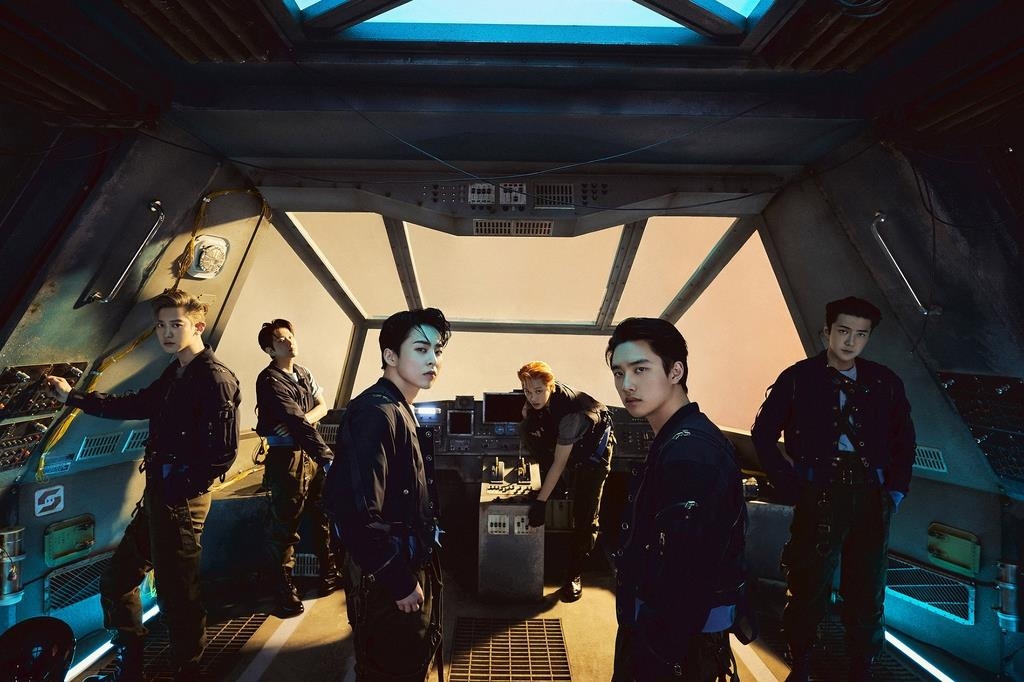 "Don't Fight the Feeling" is the nine-piece act's first release in more than a year following its sixth studio album "Obsession." Preorders for the new album reached more than 1.22 million, a record high for the act.