SEOUL, June 8 (Yonhap) -- South Korean national team skeet shooter Kim Min-ji has been suspended for 12 years for bullying her younger teammates, a penalty that ruled her out of this summer's Tokyo Olympics.

The Korea Shooting Federation (KSF) said Tuesday that Kim, 32, received her punishment last Wednesday. Kim has a week in which to appeal that ruling with the Korean Sport & Olympic Committee (KSOC). 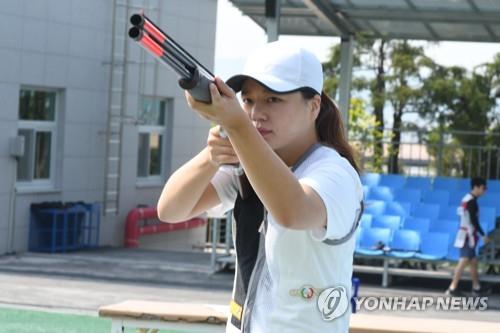 The KSF has already stated that any athlete disciplined for at least two months will be stripped of a spot on the Olympic team. Unless the KSOC drastically reduces the length of Kim's suspension, she will not be eligible for Tokyo. Kim topped the Olympic trials in the skeet in April

Kim added a bronze in the same skeet competition at the 2018 Asian Games.

The KSF said Kim's husband and a fellow national team shooter, whose identity is being withheld, received an 11-month ban for bullying.