SEOUL, June 9 (Yonhap) -- Defense ministry investigators raided the office of the Air Force prosecution Wednesday over the suicide of a sexually harassed noncommissioned officer amid suspicions a proper probe was not carried out when the victim first reported she was abused, officials said.

The bereaved family of the late master sergeant, surnamed Lee, have claimed that the Air Force tried to cover up the sexual harassment case by trying to persuade her to reach a settlement with the perpetrator while failing to launch an immediate probe.

The family also accused an Air Force public defender of failing to help the victim properly.

According to officials, the victim was allegedly groped and suffered other abuse by a colleague of the same rank in a car after dinner in March and was found dead at her home inside the base in the western city of Seosan last month.

On Tuesday, prosecutors grilled Lee's superiors who were recently relieved of duties for allegedly trying to coax the victim to drop the complaint. One of them is also suspected of sexually abusing the victim before the March incident.

The ministry has said the probe will continue under the principle that there be "no sanctuary."

"We will concentrate all available capabilities for a prompt investigation," the ministry said in a statement. 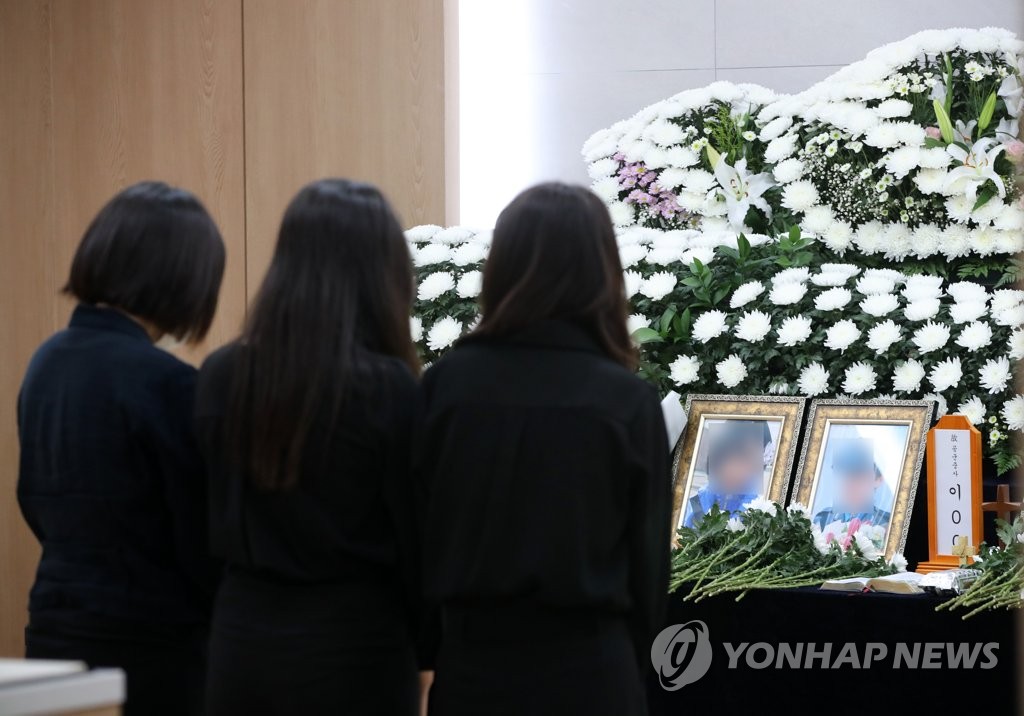