SEOUL, June 9 (Yonhap) -- In professional sports, female athletes go through physically strenuous exercises and feel the same tension before big competitions that their male colleagues do.

On top of that, female athletes might fear that becoming pregnant could lead to the end of their career.

The animated film "Climbing," directed and written by Kim Hye-mi, depicts the intrinsic stress and fear that a female climber feels at the time of her career peak. 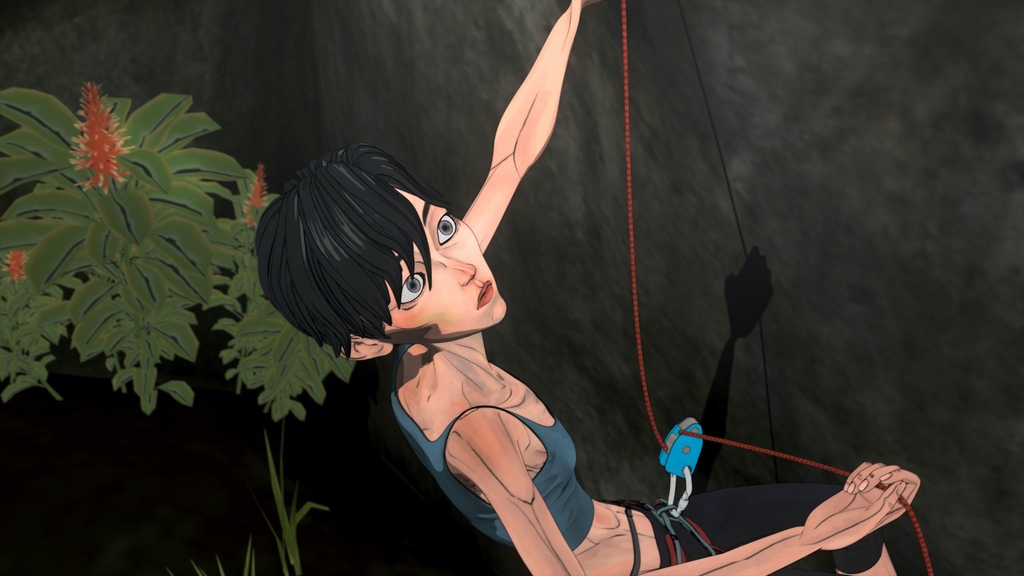 Se-hyeon is a top-class professional climber who lives with her fiance. She recently recovered from a car accident, as a result of which she lost a baby, and undergoes a tight daily routine of wall-climbing training in preparation for a world championship tournament the following month.

One day, she gets a mysterious call from herself through a mobile phone that is out of order due to the car accident.

In a parallel universe, Se-hyeon is still pregnant even after the accident and is living with her mother-in-law in a mansion.

In reality, Se-hyeon is desperate to win the upcoming world championships to prove that she has recovered from the accident and is still competitive enough to outclass an up-and-coming competitor.

For her, pregnancy is the last thing that she wants to be occupied with.

Her sensitivity, nervousness and paranoid behavior reach a crescendo when she experiences physiological changes, like morning sickness as if she really were pregnant, in strong connection with herself in the parallel world. 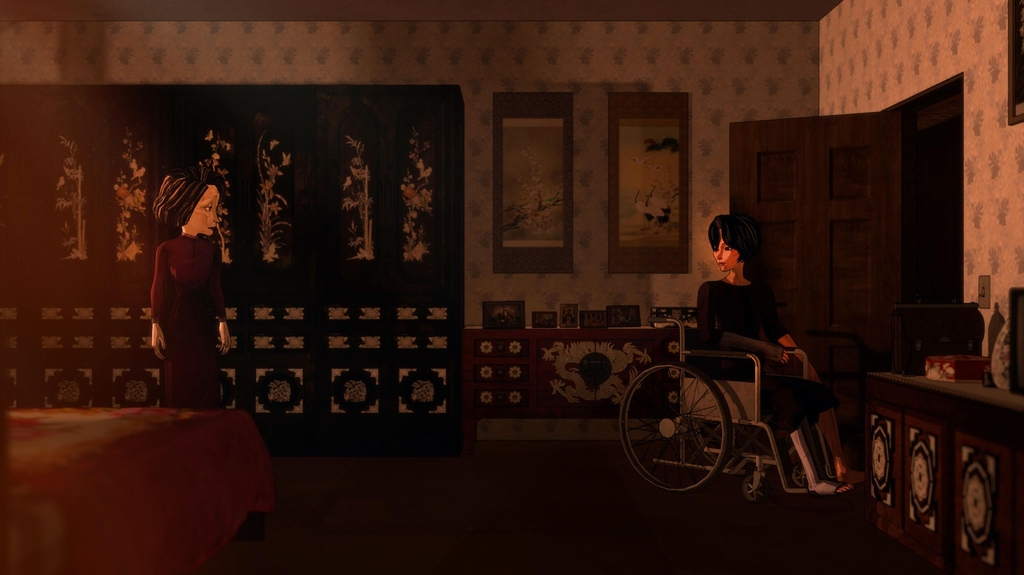 At this point, "Climbing" focuses on the primitive fear and anxiety of the athlete stemming from physical changes and pains.

Se-hyeon is terrified by thoughts that she could lose everything that she has achieved and wants to achieve in the future because of a baby that suddenly comes to her. At the same time, she feels guilty for thinking of a worst case scenario -- abortion.

The style of animated characters in "Climbing" looks rough and clumsy, compared with the smoothly crafted princes and princesses in Disney films.

Expressionless faces and awkward movements in the show distract viewers from the story in the beginning.

But the deadpan expression amplifies Se-hyeon's fright and dread as she fights against herself, along with achromatic paintings of her apartment in reality and the mansion in the parallel world.

"Climbing," the directorial debut of Kim Hye-mi, is the only Korean piece to compete at this year's Annecy International Animation Film Festival that will kick off next Monday for a six-day run.

It will hit South Korean screens on June 16. 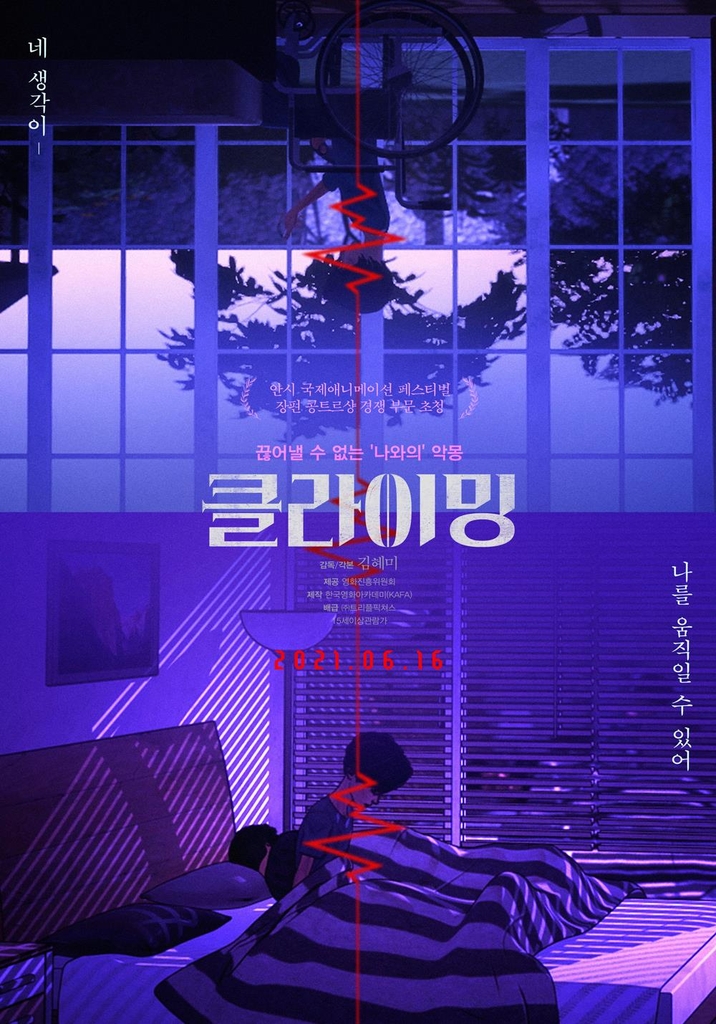