Currently, the greater Seoul area, along with the southeastern city of Daegu and the resort island of Jeju, is under Level 2 distancing in the five-level scheme, while the rest of the country is under Level 1.5. Private gatherings of five or more are banned. 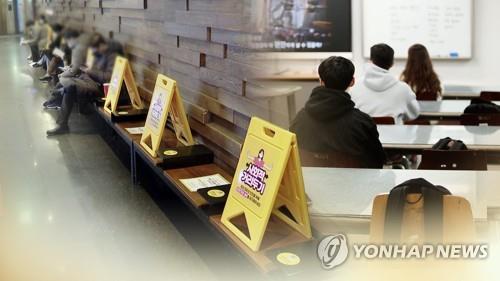 But under the extended curbs that take effect from Monday till July 4, the business operations of sports games or concerts, will be allowed in phases, the authorities said.

Earlier, the authorities also announced that restaurants, cafes, karaoke businesses and other entertainment establishments can operate until midnight in the greater Seoul area, two hours more than the current curfew at 10:00 p.m. starting in July.

The restrictions on business hours of other facilities, including gyms and spas, will be fully lifted, according to the authorities.

The current measures have been in place for over the past four months, and health authorities are set to implement a set of new distancing rules next month in line with an accelerating vaccination rate.

Daily virus cases have been above 400 since late March with no signs of a letup.

The country's inoculations have been accelerating, with 20.6 percent of the country's population having receiving at least their first shots of COVID-19 vaccines since Feb. 26.