The committee, headed by former Supreme Court Justice Kim So-young, is aimed at securing credibility in the investigation amid suspicions the military failed to carry out a proper probe when the master sergeant, surnamed Lee, first reported that she was groped and suffered other abuse by a colleague of the same rank in March.

She took her own life at her home inside the base in the western city of Seosan last month.

The bereaved family said the military failed to properly protect the victim despite her repeated calls for help while instead trying to persuade her to reach a settlement with the perpetrator in a suspected attempt to cover up the case.

According to the ministry, the committee -- comprised of experts from civic groups, academia, legal circles and media -- can make recommendations to the military prosecution in the course of the investigation on issues like whether to indict a suspect or seek an arrest warrant.

Presenting the members with letters of appointment, Defense Minister Suh Wook asked the committee to play a great role in resolving the public suspicions over the incident and securing reliability in the probe results.

"The review committee will serve as the cornerstone to build a new barracks culture based on justice and human rights," Suh said. 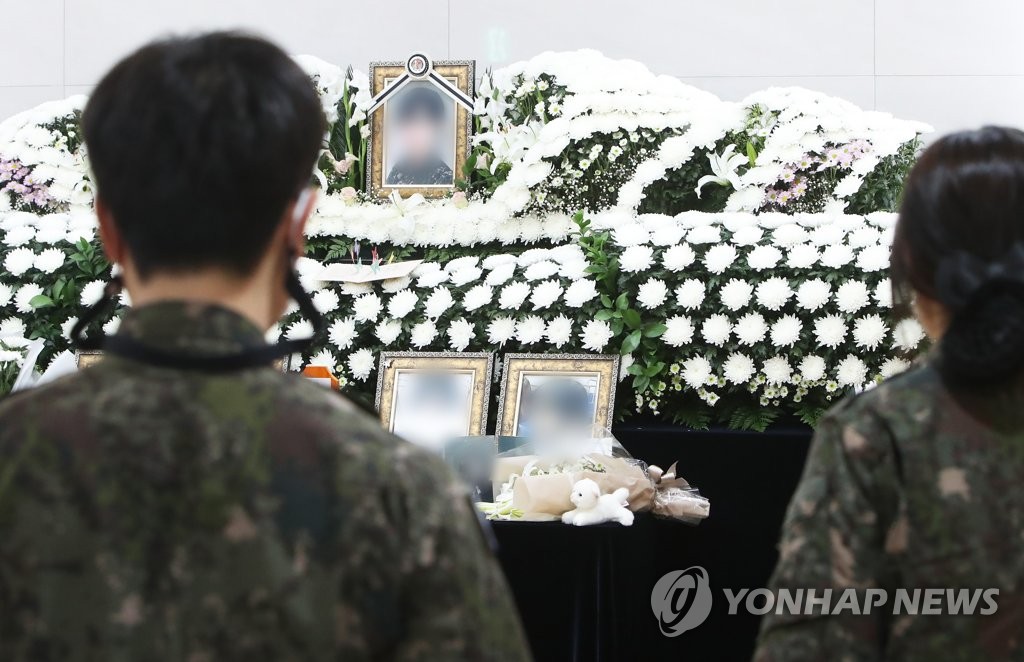