GWANGJU, June 11 (Yonhap) -- Football star Ki Sung-yueng has been cleared of all charges related to his family's controversial purchase and use of farmland in the southwestern city Gwangju, police said Friday.

Ki, the captain of FC Seoul in the K League 1, and his father, Ki Young-ok, jointly bought about 10 plots of land, including farmland, in Gwangju, 330 kilometers south of Seoul, between 2015 and 2016.

But they were recently booked on charges of falsifying documents on farming plans and altering part of their farmland into a parking lot for crane trucks in violation of the Agricultural Land Act and the National Land Planning and Utilization Act.

The Gwangju Metropolitan Police Agency grilled the younger Ki as a suspect in early May but finally decided to drop all charges against him due to lack of evidence. 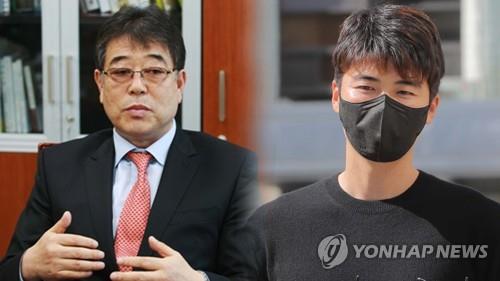 The footballer said he had just sent money to his father after the latter said the land was needed for the construction of a football academy, and police have failed to find any evidence to refute his claim, the agency said.

The police agency said it referred only Ki's father, who served as chief of Gwangju FC, to the prosecution without detention for further questioning and indictment.

"Ki Sung-yueng has not been held responsible because he was staying in Britain at the time of the land purchases, and investigators failed to find any evidence about his direct involvement in the deals," a police official said. Instead, Ki's father was additionally charged with forgery and fraudulent use of private documents because the concerned farming plans were presented without his son's knowledge, the official said.

Police also referred three municipal government officials in Gwangju to the prosecution on charges of dereliction of duty related to the elder Ki's alleged illegalities.

In South Korea, people intending to buy farmland are obliged to present a farming business plan that contains their farming history, purposes of farming, farm tools and other details under the Agricultural Land Act.