SEOUL, June 11 (Yonhap) -- As his players prepare for tuneup matches ahead of the Tokyo Summer Games, Kim Hak-bum, the hard-nosed, no-nonsense head coach of the South Korean men's Olympic football team, wants to push them and challenge them.

And whoever emerges stronger from adversity will have a great chance of making Kim's final roster.

South Korea will take on Ghana twice in the buildup to the July 23-Aug. 8 Tokyo Olympics. The first one kicks off at 7 p.m. Saturday, while the second match is scheduled for 8 p.m. next Tuesday. Both matches will be at Jeju World Cup Stadium in Seogwipo, Jeju Island.

With the Olympics kicking off in about a month's time, Kim said Friday he will attach more significance to these matches than ordinary friendlies. 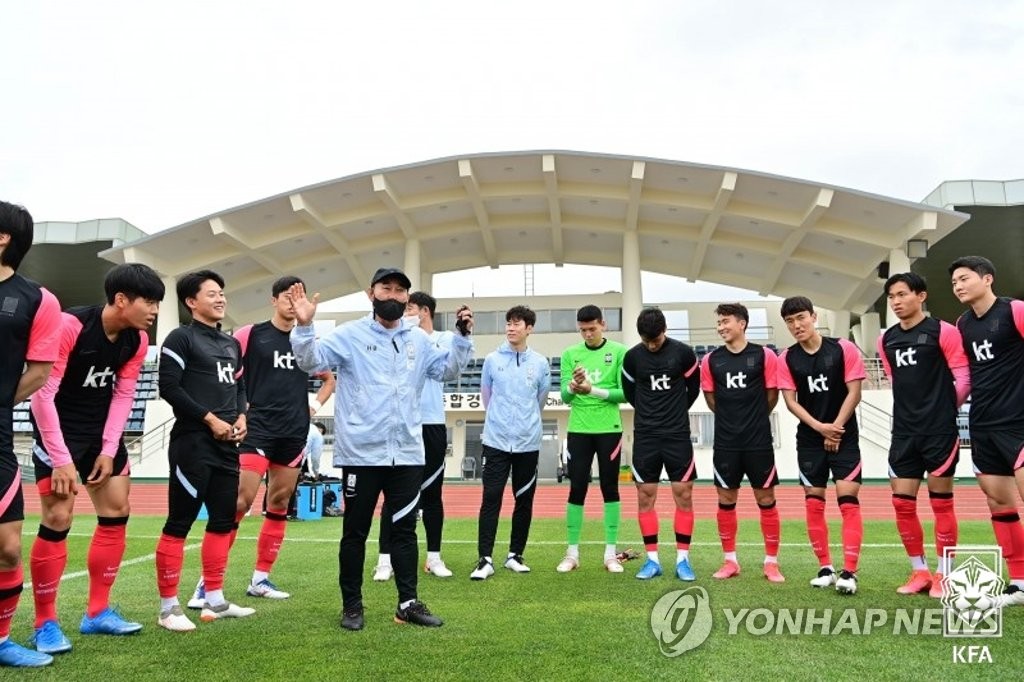 "In terms of tactics and individual skills for players, these are extremely important matches in our preparation for the Olympics," Kim said in an online interview from Jeju. "In particularly, I'll make things difficult for my players and see how they respond to it. That's the single most important thing for me in these matches."

Specifically, Kim said he has been running his players into the ground with conditioning drills. There was no rest for the weary even on the eve of the first match, as Kim said he ran a practice session with a focus on improving players' endurance and stamina.

"We're not going to take it easy just because it's a day before the match," Kim said. "I want to see how the players can bounce back when they hit a wall during the Olympics."

Kim called up 28 players to his camp and said every one of them will get into action in the two upcoming matches.

"I am going to unleash them and let them do their things on the field," the 61-year-old coach said. "I want them to give everything they have while playing in tough situations." 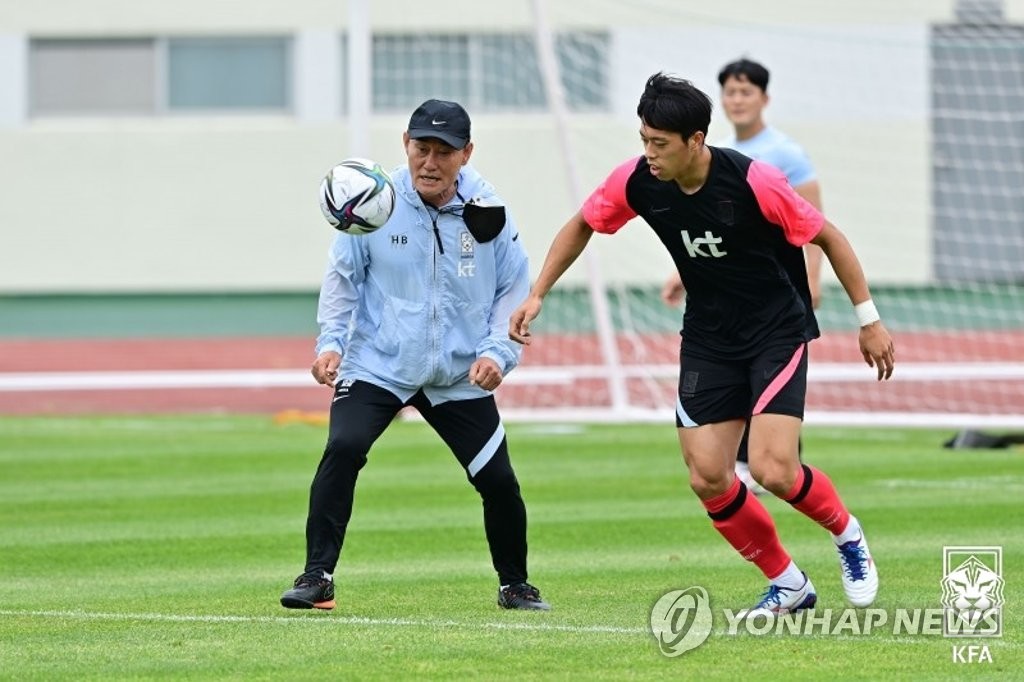 Kim's final Olympic roster will only have 18 players, but it won't simply be the case of Kim cutting 10 players from the current squad.

The men's football tournament in Tokyo will be open to players 24 or younger, but teams can each name up to three players over that age limit. Kim may choose a proven scorer up front or a more experienced defender.

And there are also U-24 stars who are currently with the senior national team for World Cup qualifying matches. Won Du-jae, a midfielder who can also handle centerback position, and wingers Lee Dong-gyeong and Song Min-kyu will all merit Olympic consideration once their senior team duties are done Sunday. All three got the starting nod against Sri Lanka in a World Cup qualifier Wednesday, with Lee contributing a goal and an assist and Song setting up Lee's first-half goal. Won played his typically reliable game from the back.

Kim refused to grade their performances, however, and said, "I will only evaluate the players I have here with me now. It's not appropriate for me to comment on players on the senior team." 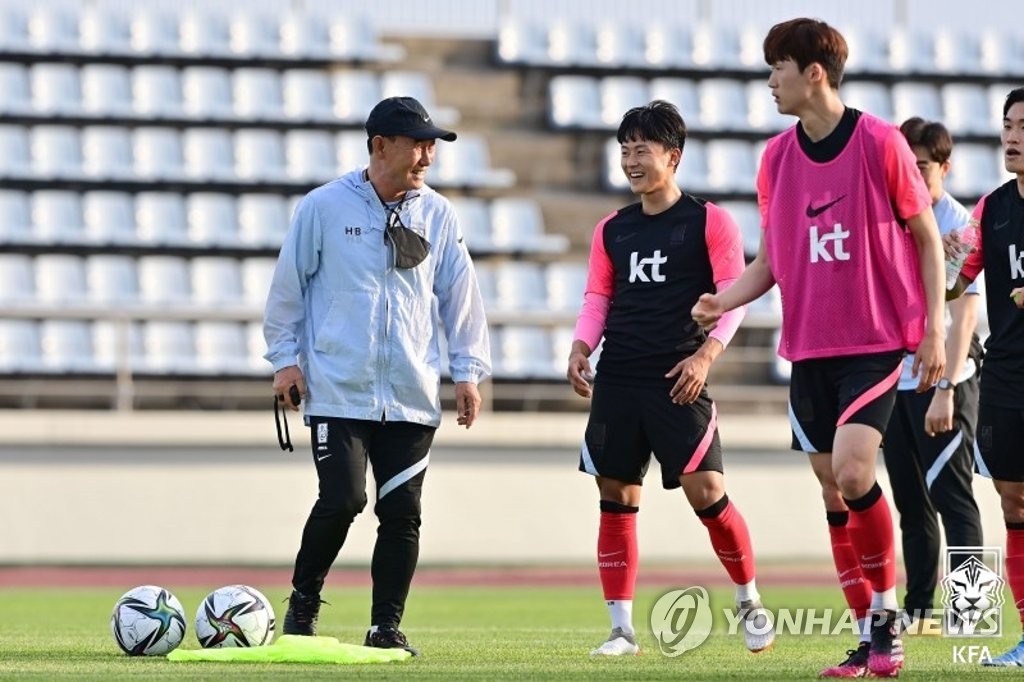 But Kim also declined to comment on individual players at his camp. When asked about three players based in Europe -- Lee Kang-in of Valencia CF, Jeong Woo-yeong of SC Freiburg and Lee Seung-woo of Portimonense -- Kim said, "I have to look at the whole team. I can't tell you which player is better than others at this point."

Kim let on that the two matches will help him determine at which positions he will need the most help from over-24 players.

"I'll try to identify issues at different positions and see how we can correct them," Kim said. "And that will allow us to determine which direction we'll be taking going forward."

Ghana played Japan in an earlier friendly match last Saturday and lost 6-0. The lopsided result led pundits to question if Ghana would provide much of a test against South Korea.

Kim said his only focus was on his team's present, not another team's past.

"It doesn't matter how they played in an earlier match," Kim said. "I just want to see how my players overcome challenges thrown their way."