Under an agreement reached during a three-day working-level meeting that ended on Thursday, South Korea will inform China of suspected illegal fishing in the North Korean waters in the East Sea starting July, according to the Ministry of Oceans and Fisheries.

Chinese authorities will crack down on those boats after verifying the information, the ministry said.

The Seoul government says the country's squid catch in the East Sea has been on a decrease in recent years, which is believed to be attributable to illegal fishing by Chinese boats.

China, in official terms, has banned its fishing boats from operating in the North Korean waters after the enforcement of the U.N. sanctions against the North. 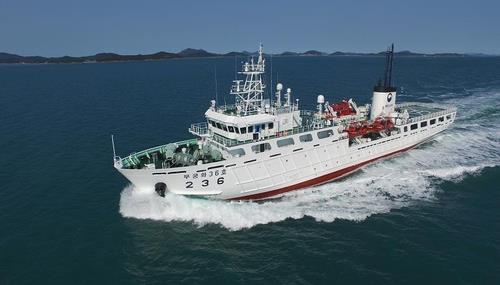 During the meeting, South Korea also agreed to punish the Chinese crew members who violated the Northern Limit Line, the de facto inter-Korean maritime border, in the Yellow Sea in accordance with its law, and then hand them over to the Chinese authorities to face further penalties. Currently, they are set free following punishment here.

Seoul and Beijing also agreed to conduct joint annual inspections in the Yellow Sea in October this year and April next year. The two sides have been carrying out joint operations since 2014.

"We will continue to strengthen cooperation with the Chinese government to stamp out illegal fishing by Chinese boats," ministry official Il Tae-ho said.