SEOUL, June 11 (Yonhap) -- Pope Francis appointed the South Korean bishop Lazzaro You Heung-sik as the new prefect of the Vatican's Congregation for the Clergy, the Vatican said Friday.

You, 69, who currently heads the diocese of Daejeon in central South Korea, became the first South Korean to be appointed to a secretary position.

The congregation is responsible for overseeing matters regarding priests and deacons not belonging to religious orders. It is known for overseeing more than 400,000 Catholic priests around the world.

Born in central city of Nonsan in 1951, You graduated from Pontifical Lateran University in Rome. He was ordained a priest in 1979 and bishop in 2003.

Bishop You is known as one of a few Korean priests who have close communications with Pope Francis. They became acquainted during the pope's visit to South Korea in 2014. 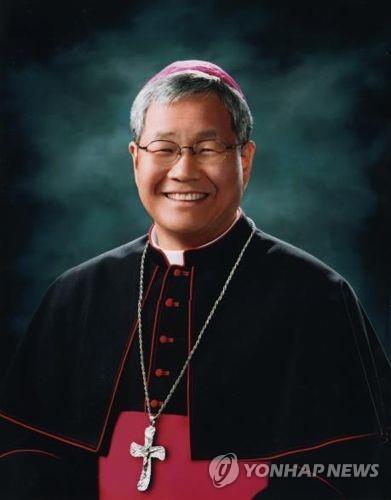