Moon "exchanged greetings" with Suga just before the start of an expanded session of the summit at Carbis Bay Hotel & Estate in Cornwall, Britain, according to Cheong Wa Dae spokesperson Park Kyung-mee.

It marked the first face-to-face meeting between the leaders since Suga took office last September.

Moon also encountered Biden at the summit venue. Biden said hello to Moon, who replied that reservations in South Korea for Janssen's COVID-19 vaccines from the U.S. have been completed in 18 hours, Park told reporters.

Moon and Biden had a White House summit in late May, during which Biden agreed to provide South Korea's half a million troops with "full vaccinations." The U.S. soon shipped Janssen-produced vaccines to South Korea for use by one million people. 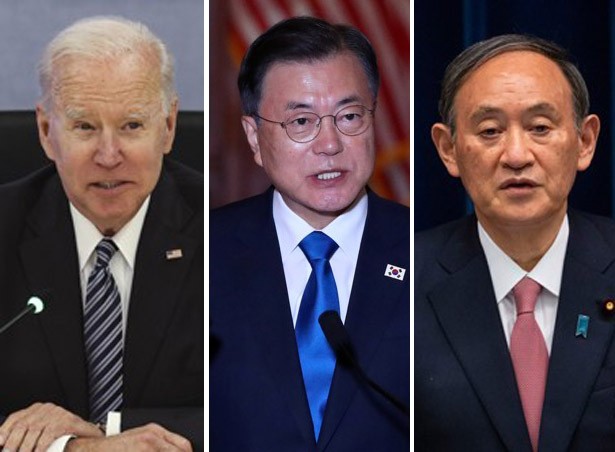