The multiday plenary meeting of the party's Central Committee was convened for "taking measures to solve the pending issues urgent for improving the economic work and the people's living and for the discussion of and decision on issues for powerfully and correctly pushing forward crucial state work under the prevailing situation," according to the Korean Central News Agency.

"Saying that in particular, the people's food situation is now getting tense as the agricultural sector failed to fulfill its grain production plan due to the damage by typhoon last year, he stressed that the plenary meeting should take a positive measure for settling the problem," the KCNA quoted Kim as saying.

"He set forth the tasks for the state to maintain perfect anti-epidemic state under the present condition and for the economic guidance organs to meticulously organize the economic work to cope with the unfavorable condition of the emergency anti-epidemic work," the KCNA added.

The KCNA noted that the agenda items of the meeting included the issue of "analyzing the current international situation and our party's corresponding direction" though it did not mention the United States and South Korea.

The plenary meeting, the third of its kind this year, has been drawing keen attention as the North could unveil its policy directions for Washington and Seoul given that Washington completed its North Korea policy review and President Moon Jae-in and U.S. President Joe Biden agreed at a summit to pursue diplomacy to resolve the North's nuclear issue.

North Korea is known for chronic food shortages, which appear to have been aggravated by last summer's back-to-back typhoons and flooding that wrought havoc on key farming areas. A think tank in Seoul earlier said the North could be faced with a food shortage of around 1.3 million tons this year.

The North has claimed to be coronavirus-free but has enforced tight border controls and other anti-pandemic measures from the very beginning to ward off an outbreak on its soil. Tight border controls, in particular, have apparently taken a toll on its economy by restricting trade with China.

The KCNA said that the meeting will continue, without mentioning until when the session will last. 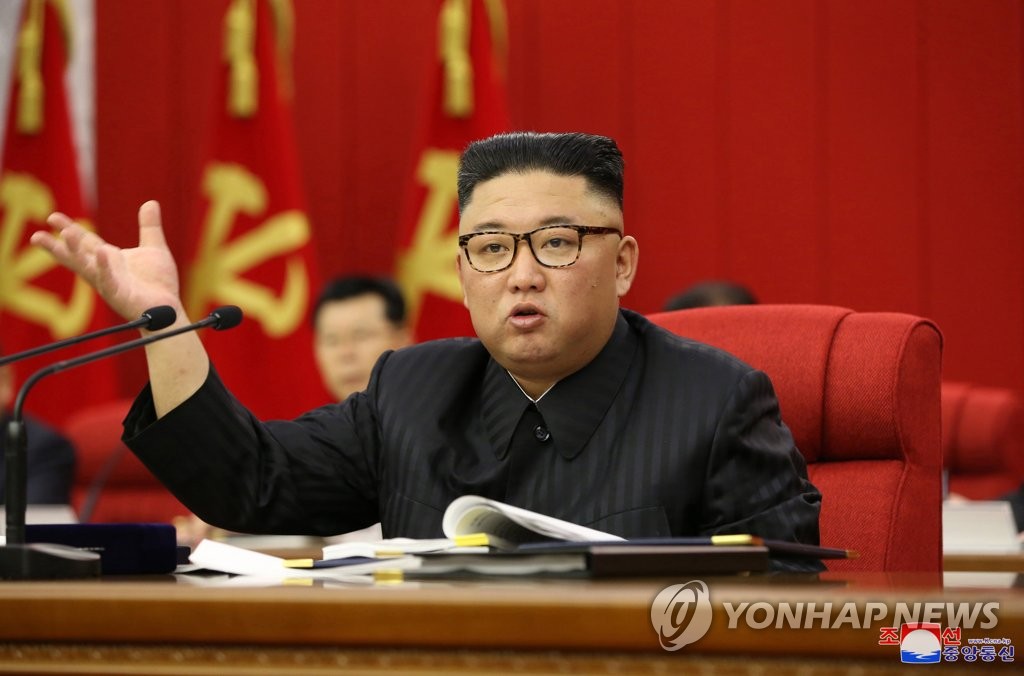