SEOUL, June 16 (Yonhap) -- South Korea's daily new coronavirus cases bounced back to over 500 on Wednesday as health authorities ramp up the country's vaccination drive with a quarter of the population receiving one jab.

The latest tally is sharply up from 399 on Monday and 374 cases on Tuesday. The country added one more death, raising the death toll to 1,993.

Later in the day, health authorities and local governments reported 436 new cases as of 6 p.m., down 17 from the same time the previous day. Those from the greater Seoul area accounted for 78.2 percent. 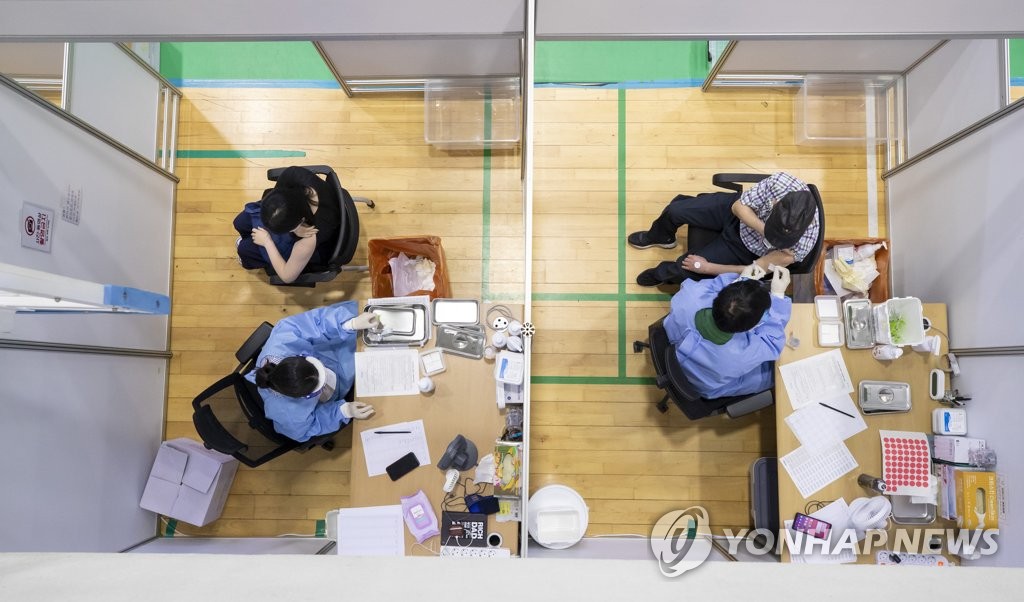 The daily caseload has fluctuated between the 300s and the 700s in recent months without signs of letting up due to sporadic cluster infections.

Health authorities are set to implement a revamped social distancing scheme next month after extending the current distancing rules until July 4.

Currently, the greater Seoul area, Daegu and Jeju Island are under Level 2 distancing, the third highest in the country's five-tier system, while other regions are under Level 1.5 with nationwide restrictions on private gatherings of five or more people.

Under the revamped four-tier scheme, authorities plan to ease business curfews, with restaurants and entertainment facilities in the capital area permitted to operate until midnight, an extension from the current restrictions until 10 p.m.

They are also juggling an option to implement a three-week transition period that will gradually lift restrictions for a smooth landing to curb an explosion of social activity and the potential spread of the virus.

Authorities will announce the revamped distancing rules set to be implemented next month this coming Sunday.

The country's vaccination campaign has gained traction, with more than 1 in 4 South Koreans receiving at least one jab since the country started its vaccination program on Feb. 26.

A total of 13.22 million people, including 617,181 the previous day, have received their first shots of COVID-19 vaccines, accounting for 25.7 percent of the 51.3 million population.

The KDCA said 3.47 million people, or 6.8 percent of the population, have been fully vaccinated.

Health authorities aim to inoculate up to 14 million people with at least one vaccine dose by the end of this month and 36 million, or around 70 percent of the population, by September to achieve herd immunity in November. 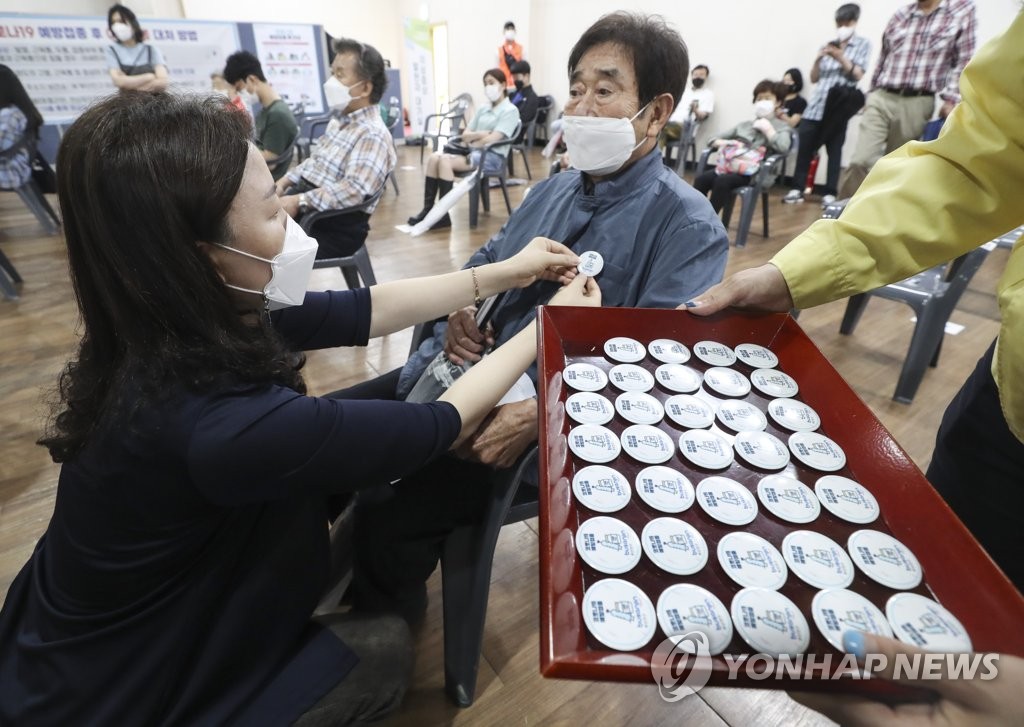 Health officials expect the country to meet its 14 million target on Thursday given the current pace of vaccinations.

They will announce Thursday the vaccination schedule for the third quarter, which will start inoculations for those aged 18 to 59.

Moderna's vaccine completed its approval process Tuesday and is set to be given to medical workers aged below 30.

A total of 53,773 cases of side effects after vaccinations have been reported, although 95 percent of them were mild symptoms, such as a fever or muscle pain.

The country also reported another case of blood clotting after vaccination, bringing the total number of such cases to two.

Health authorities said a man in his 30s who received an AstraZeneca vaccine late last month was diagnosed with the condition and is currently being treated at an intensive care unit.

So far, 261 post-vaccination deaths have been reported, but health authorities have yet to link to them to the vaccinations.

Of the 522 newly confirmed locally transmitted cases, 199 came from Seoul, 184 from Gyeonggi Province and 11 from Incheon, 40 kilometers west of the capital.

There were 23 additional imported cases, raising the total to 9,413.

The total number of people released from quarantine after making full recoveries was 140,438, up 705 from a day earlier.