SEOUL, June 23 (Yonhap) -- A pro-Pyongyang newspaper in Japan said Wednesday that North Korea and China are making concerted efforts to build peace in the region and to "stably control" the situation on the Korean Peninsula.

The article came days after North Korean leader Kim Jong-un called on his country to be ready for both dialogue and confrontation with the United States and urged efforts to stably control the situation on the peninsula.

"The parties and governments of the two countries are moving consistently in lockstep in efforts to stably control the situation and ensure peace in the region," the Choson Sinbo, a pro-North Korea newspaper in Japan, said.

"The opinions and views shared through the contributory articles by the North Korean ambassador and Chinese ambassador are clear signs of this," it added.

In a recent op-ed piece in the Rodong Sinmun, the official newspaper of the North's ruling Workers' Party, Li Jinjun, the Chinese ambassador to North Korea, stressed the importance of cooperation between the two allies on regional peace, stability and prosperity.

Pyongyang has been seeking to maintain closer ties with its traditional allies amid an impasse in nuclear negotiations with Washington. 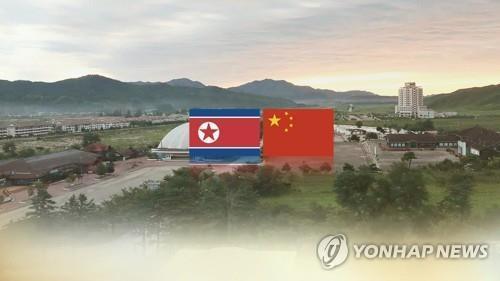