SEOUL, June 24 (Yonhap) -- The top court on Thursday confirmed a not-guilty verdict for a conscientious objector who avoided his mandatory military service due to personal beliefs, in the first case of its kind.

The Supreme Court upheld the appellate court's acquittal of the man, a self-identifying "queer feminist," indicted on charges of violating the Military Service Act for refusing to follow his conscription in 2017.

The ruling marks the first time the country's highest court acquitted a person who has dodged his military draft due to reasons other than that of being a member of the Jehovah's Witnesses.

By law, all able-bodied South Korean men must carry out compulsory military service for about 18 months in a country that faces North Korea across a heavily fortified border.

"The defendant's personal and religious beliefs have been formed and deeply rooted inside of him, showing that he objected enlistment based on his genuine conscience," Supreme Court Justice Kim Seon-soo said, delivering the ruling. 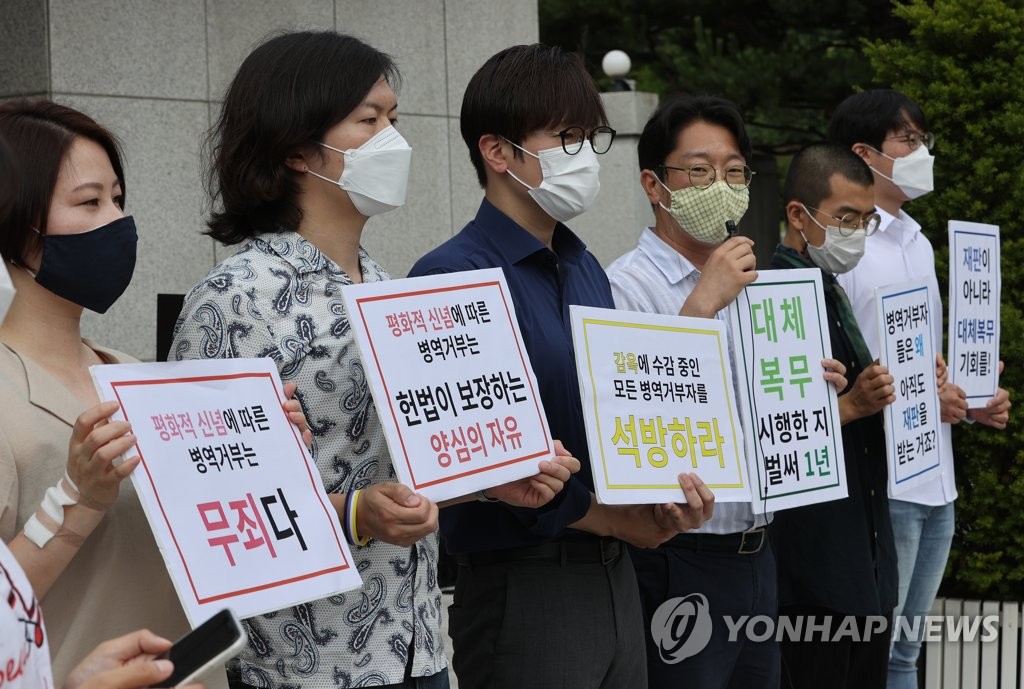 During court hearings, the defendant claimed he felt antipathy toward the structure of uniform education and peer culture enforcing masculinity among male students during his high school years.

He has also participated in anti-war demonstrations, which he claimed were in line with the spirit of peace and love emphasized by Christianity. The person also declined to accept what he described as the "discriminatory and hierarchical military system that destroys diversity," as well as the state power that defines identity based on one's biological sex.

South Korea's military does not allow the enlistment of transgender people and criminalizes same-sex relations within troops by military law.

In 2018, the person was sentenced to 1 1/2 years in prison on draft dodging charges, but an appellate court reversed the ruling last year, citing that he followed his beliefs at the risk of criminal punishment and that he expressed his willingness to carry out an alternative service at a correctional facility instead of at the military.

South Korea began to allow conscientious objectors to replace their mandatory military service with other public services at the acknowledgment of a screening committee of the Military Manpower Administration from October last year.