"Your Choice" came in at No. 15 on this week's Billboard 200, the U.S. music publisher said Monday (U.S. time) on its Twitter account, one day ahead of the chart's official update.

This marks the first time the 13-piece act has made it on Billboard's main singles or album chart since the group debuted in 2015.

The achievement came soon after the group shared its goal of earning a spot on Billboard's major charts during a news conference marking the release of its eighth EP on June 18.

"Just making it onto the charts will provide a big boost for us," group leader S.Coups said. 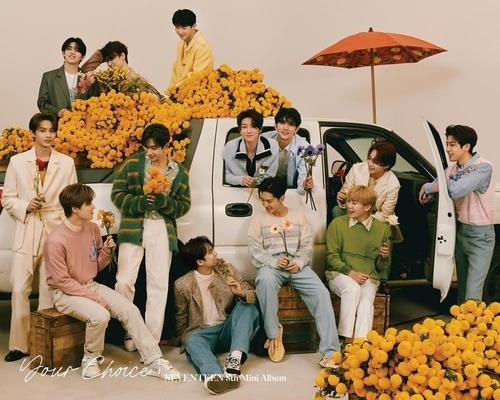 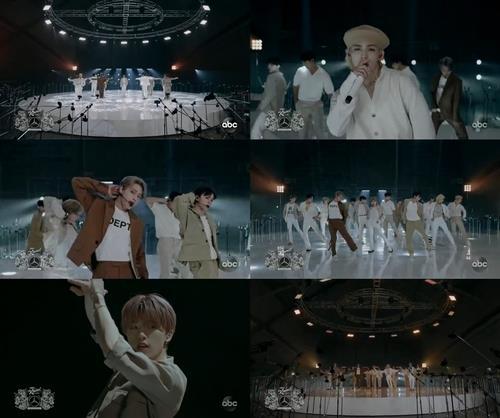 Seventeen, one of the most popular groups in South Korea, has recently been moving to boost its global presence by performing on multiple American TV shows.

Last week, the group performed "Ready to Love," the main track of its latest album, on "Jimmy Kimmel Live!" a popular late-night show on ABC, and music channel "MTV Fresh Out Live."

In the Billboard Music Awards held in May, the group was named a candidate for the fan-voted Top Social Artist category, along with K-pop superstars BTS and BLACKPINK. BTS won the trophy.

The six-track album "Your Choice" has proven to be a commercial hit, setting a new sales record with the most first-week sales of any album released in the country this year.

It became the fourth million-seller for the group, following its 2019 album "An Ode" and 2020 albums "Heng:garae" and "Semicolon."

The album also topped the daily album category on Japanese music chart Oricon, as well as the iTunes top albums charts in 18 territories.