SEOUL, June 29 (Yonhap) -- South Korea's health authorities said Tuesday that virus-prone facilities in the greater Seoul area will be under enhanced scrutiny for two weeks over their antivirus measures, including zero-tolerance against violators, amid eased social distancing measures.

The Korea Disease Control and Prevention Agency (KDCA) said it will closely monitor whether facilities in Seoul, the surrounding Gyeonggi Province and the port city of Incheon abide by strict antivirus measures from Thursday until July 14.

The KDCA said it will impose fines or penalties on virus-prone facilities, such as bars, karaoke bars and indoor gyms, in the region if they are found to violate antivirus measures just once. 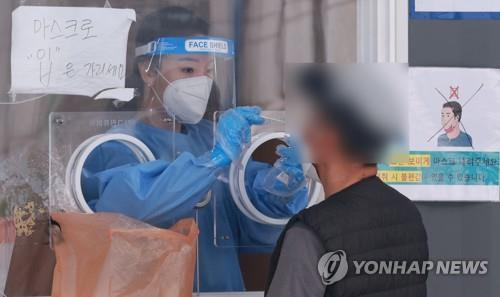 Moreover, the authorities will monitor cram schools and other business establishments used by young students to see whether they operate under strict antivirus measures.

The measure comes amid a rising number of COVID-19 young patients and cluster infections at business establishments used by young generations.

Over the past one week, new COVID-19 patients in their 20s came to 636, which is the highest among age brackets, the KDCA said.

Under the four-tier distancing scheme to be introduced Thursday, the greater Seoul area will be under Level 2, allowing restaurants and cafes to open till midnight from the current 10 p.m.

Bars and other nightlife facilities will resume their operations, while the ban on gatherings of five or more people will be lifted to six people until July 14 in the capital area before the ceiling goes up to eight.

There will be no restrictions on business operations and the number of people allowed at social gatherings in other areas after the pilot run of new measures for the first two weeks of next month.
(END)

Yoon says he will request redeployment of U.S. tactical nukes in case of emergency