Construction permits issued for new homes stood at 186,743 units in the January-May period, up 19.9 percent from a year ago, according to the Ministry of Land, Infrastructure and Transport.

New construction permits in the South Korean capital of Seoul spiked 39.6 percent to 30,915 over the cited period.

New home permits issued in the capital area, which includes the western port of Incheon and the adjacent province of Gyeonggi, gained 11.1 percent on-year to 94,144, and those in the rest of the country surged 30.4 percent to 92,599. 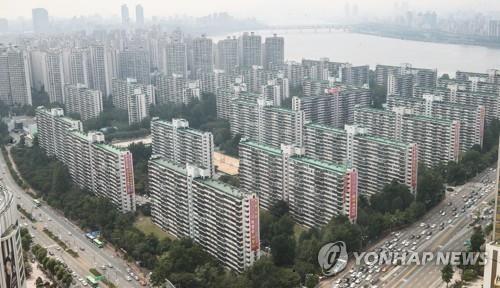 By type, construction permits for new apartments swelled 22.1 percent on-year to 139,468 units, and those for other types of housing, such as row and detached houses, expanded 13.9 percent.

Yet the number of groundbreakings for new homes sank 23.8 percent on-year to 226,694 units during the five-month period.

The ministry also said home transactions in South Korea jumped 16.8 percent on-year to 97,524 in May due to rising housing prices.

The number of homes changing hands in the Seoul metropolitan area, home to about half of the country's 50 million people, surged 17.8 percent to 47,389, with that in the rest of the country increasing 15.9 percent.

But home transactions in Asia's fourth-largest economy fell 2.5 percent on-year to 470,401 in the first five months of the year, according to the ministry.
(END)

Yoon says he will request redeployment of U.S. tactical nukes in case of emergency