Ned Price also highlighted the need for joint efforts to counter such threats posed by the North.

"North Korea's malicious cyber activities threaten the United States. They threaten our allies and partners, countries around the world," the spokesman said at a press briefing, also elaborating that the North "poses a significant cyber threat to financial institutions." 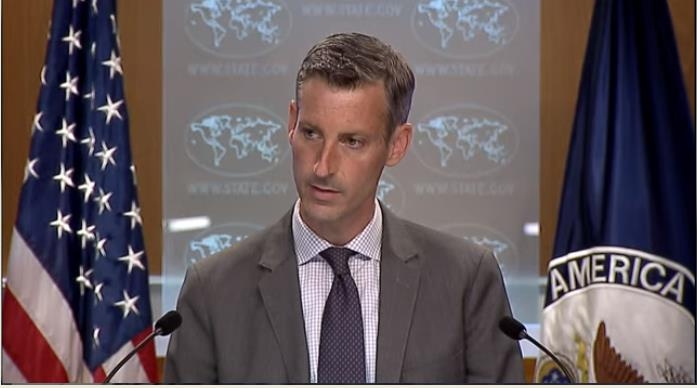 The U.S. has been chasing a number of North Korean entities suspected of stealing money from the international financial system.

Three North Korean nationals were brought to the United States earlier this year to face trial on suspicion of trying to steal up to US$1.3 billion in cash or cryptocurrency from banks and businesses.

"It remains a cyber espionage threat. It retains the ability to conduct disruptive cyber activities as we've seen it do in recent years," the department spokesman said of North Korea.

His remarks come after South Korea announced on Thursday (Seoul time) that its state-run Atomic Energy Research Institute may had been exposed to North Korean cyber attacks for an extended period of time, although there had been no major data leak as a result of such attacks.

Price refused to comment directly on the South Korean report, but emphasized the need for countries to work together.

"It's vital for the international community, for network defenders and the public to stay vigilant and to work together to mitigate the cyber threat posed by North Korea," he said.