""Butter" is officially No. 1 on this week's #Hot100 chart for a seventh week," Billboard said on its Twitter account on Monday (U.S. time). 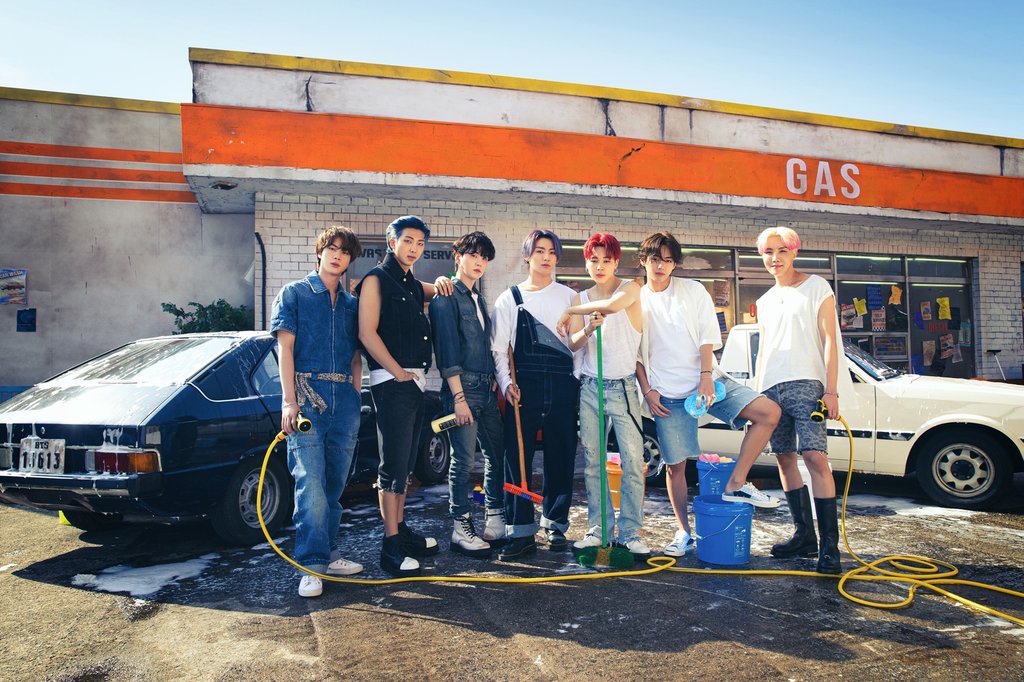 "We can't believe this is really happening to us," the group exclaimed on its official Twitter account. "Thank you so much."

It marked the longest No. 1 streak achieved by a group since 1995, when "One Sweet Day," a song by American singer-songwriter Mariah Carey and R&B group Boyz II Men, spent 16 weeks atop the Billboard Hot 100.

Also, it is just one week behind "Drivers License" by American singer-songwriter Olivia Rodrigo, which debuted at No. 1 on the Hot 100 in January and remained there for a yearly record of eight straight weeks.

For the seven-piece act, "Butter" is the BTS song with the longest run atop the Hot 100. The group now has 12 Billboard Hot 100 No. 1 records, with "Butter" leading the list with seven times at No. 1, followed by "Dynamite" with three, and "Life Goes On" and "Savage Love (Laxed - Siren Beat)" with one each.

On a regional level, BTS already became the first Asian artist to hit No. 1 for longer than four straight weeks on Billboard's main singles chart. Previously, Japanese singer Kyu Sakamoto held the title with "Sukiyaki" in 1963. 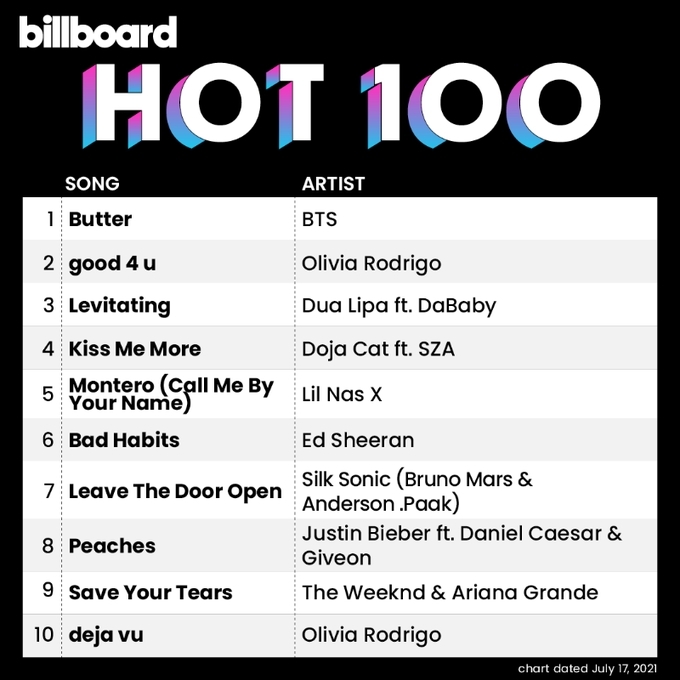 "Butter," released on May 21, is a vibrant dance-pop track that the group hoped would give off good energy during the global coronavirus pandemic, along with three remix versions.

Upon its release, it swept online music charts and streaming platforms across the world, including iTunes and Spotify.

At the same time, BTS is expected to make another Hot 100 entry next week with its new attention-grabbing number "Permission to Dance," a collaboration with British singer-songwriter Ed Sheeran.

The new dance-pop song, a track on the physical album for the septet's Billboard-topping hit "Butter" released last Friday, has been topping global music charts, rising to the No. 2 position on its first day. It also hit No. 1 on iTunes top songs charts in 92 regions upon its release.

In an online talk show broadcast last week, BTS member Jimin said that "Permission to Dance" is a "song for everyone to enjoy easily."

"It carries the message that everyone should dance freely even if they have had a tough day in real life," he said. 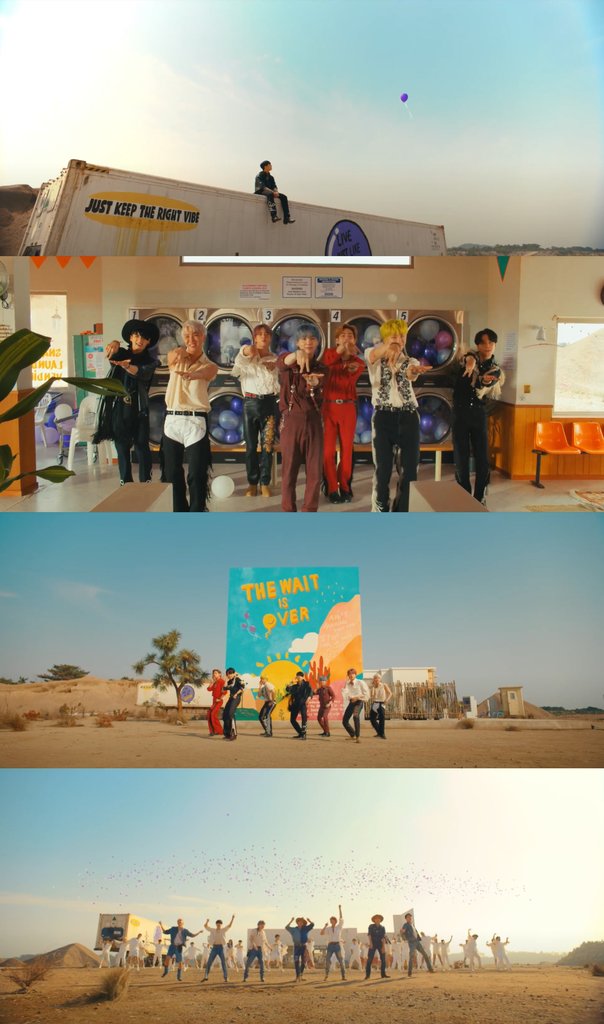