The band's seven members appeared holding violet and purple balloons to perform the upbeat track at an indoor stage filled with balloons. Dancers wearing white and orange later joined the band for a group choreography session.

It marked the band's first performance of the new song on television following its release last week. The cheerful song, which the band said was something for "everyone to enjoy easily," has made a splash, topping iTunes top songs chart in 92 regions and reaching No. 2 on Spotify. Apart from the performance, BTS held a virtual interview with the show's host Jimmy Fallon, where they talked about the collaboration with British singer-songwriter Ed Sheeran and their summer hit "Butter," which has topped Billboard's main singles chart for the seventh consecutive week.

When asked about the new song, RM said "Permission to Dance" is a "song that will get everybody's heart pumping and dancing" and called it a gift from Sheeran, adding the two acts have not met in person.

Regarding "Butter," member Jin said he felt it was going to be a hit from the beginning.

BTS is scheduled to appear on another episode of the Jimmy Fallon show on Wednesday (U.S. time) to perform "Butter." 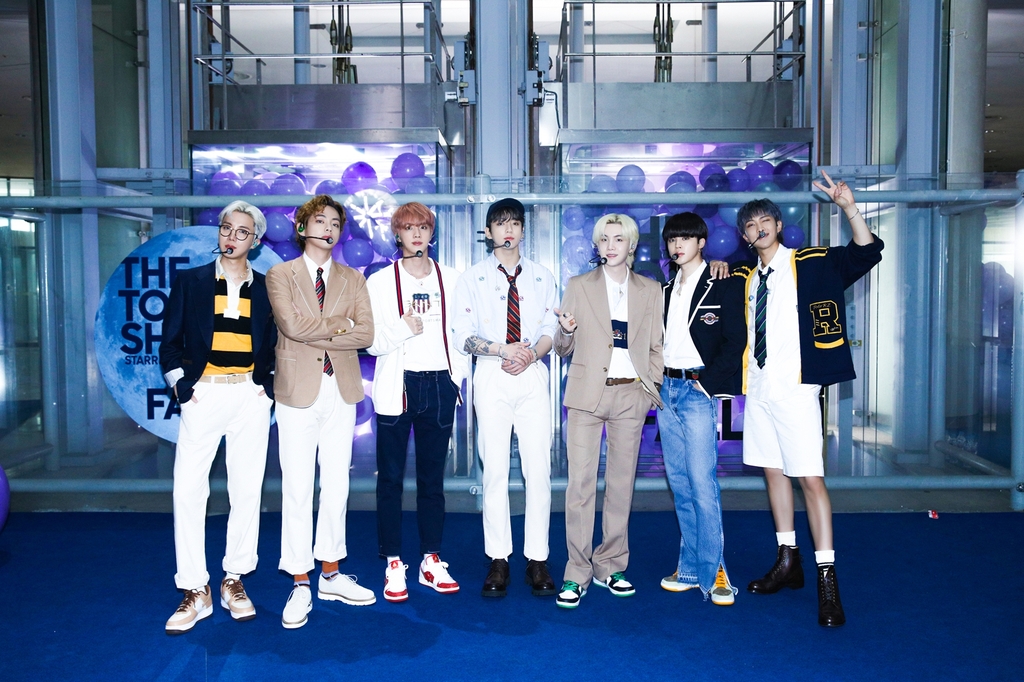