SEOUL, July 14 (Yonhap) -- BTS became the top-selling artist in total CD album sales in the United States in the first half of this year, according to Billboard on Tuesday (U.S. time).

The K-pop juggernaut sold 573,000 copies of its CD albums from Jan. 1 to July 1, the most by a single music act in the U.S., Billboard said, citing MRC Data, a music sales data provider.

American singer-songwriter Taylor Swift came in next with sales of 414,000 units.

The seven-piece boy band was also a runner-up in overall album sales, which combine physical album sales and digital ones. Swift was the top music seller in the category. 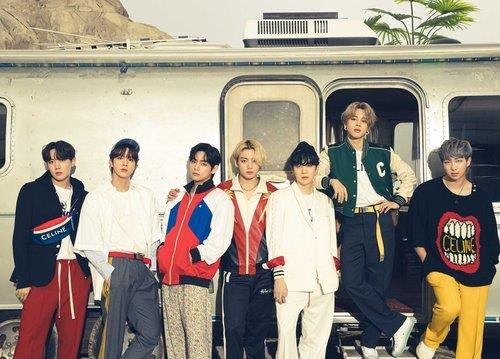 BTS achieved the feat despite the fact that it had no new CD album released in the first half of this year. The group last released a CD album, "BE," in November last year.

The band's latest mega hit, "Butter," was dropped in May in the format of a digital single before it went on sale in the CD format earlier in this month.

According to MRC Data, two BTS songs, "Butter" and "Dynamite," ranked first and second, respectively, on the company's list of the 10 top-selling digital songs in the U.S. at the midyear point of 2021.

Meanwhile, another K-pop act, NCT, ranked No. 8 on the list with its album "Resonance Pt. 1," released in October.