SEOUL/WASHINGTON, July 15 (Yonhap) -- U.S. Deputy Secretary of State Wendy Sherman will visit South Korea next week for talks on various issues that will include climate change and the COVID-19 pandemic, the State Department said Thursday.

Sherman will first head to Japan, where she will be joined by her Japanese and South Korean counterparts for three-way talks, according to the department.

In Tokyo, "Deputy Secretary Sherman, Japanese Vice Foreign Minister Mori Takeo, and ROK First Vice Foreign Minister Choi Jong Kun will hold a joint meeting to discuss trilateral cooperation on pressing shared challenges, including regional security issues such as the DPRK," it said in a press release, referring to South and North Koreas by their official names -- the Republic of Korea and the Democratic People's Republic of Korea.

Officials in Seoul said Choi will also meet bilaterally with his Japanese counterpart while in Japan.

"The deputy secretary will then travel to Seoul for meetings with ROK officials and a strategic dialogue with ROK First Vice Foreign Minister Choi to discuss bilateral and multilateral cooperation on shared priorities, including the climate crisis, pandemic relief, and post-COVID-19 economic recovery," the State Department said.

The South Korean Foreign Ministry earlier said Sherman will arrive in Seoul on Wednesday for a three-day visit.

"The visit by U.S. Deputy Secretary Sherman will offer an occasion that will further strengthen coordination between South Korea and the United States on the Korean Peninsula, regional and global issues," the foreign ministry said.

In Seoul, Sherman and Choi are expected to discuss efforts to reengage with Pyongyang to move the stalled denuclearization talks forward. Also on the table will likely be the follow-up measures to the outcome of the May 21 summit between Presidents Moon Jae-in and Joe Biden, particularly on expanding cooperation in supply chains for vital products like memory chips.

The unification ministry said that discussions are under way with U.S. officials about Sherman visiting the ministry for talks, but nothing has been fixed yet.

While in Tokyo, the three are also expected to discuss the shared challenges, including dealing with an assertive China, as the Biden administration has been intent on bringing the two Asian allies closer for stronger trilateral cooperation in the region.

It will also mark the first time for the three countries to resume the vice-ministerial talks in nearly four years. The three-way dialogue, launched in 2015, had taken place at least once every year until 2017 but remained inactive during the Donald Trump administration. 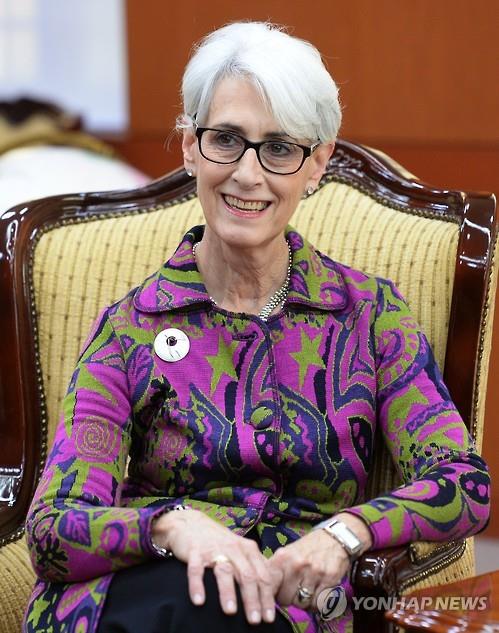