The eight-piece act is far from a typical K-pop band.

The group consists of a comedian, singers and actors -- including two in their 50s and three in their 30s -- and their name MSG Wannabe comes from monosodium glutamate (MSG), which is often derided here for being a junk food ingredient but making food flavorful. 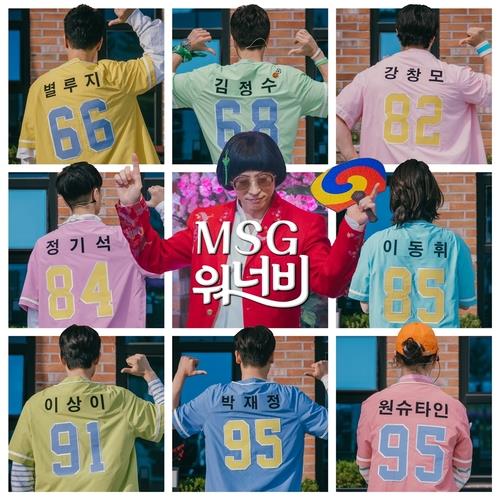 Nonetheless, the project group that formed through a series of auditions hosted by the fictional character Yooyaho played by top comedian Yoo Jae-suk is the latest sensation on domestic music charts.

On Melon, the country's biggest streaming platform, the group's song "Foolish Love" sits atop the 24 hits daily and weekly charts over hit songs like aespa's "Next Level" and the BTS Billboard hit "Butter."

The 24 hits chart, which is weighted 40 percent from streaming and 60 percent from downloads in the past 24 hours, is considered a tough chart to break in even for groups with sizable fandoms, considering that streams are only counted once per user.

"Only You," another song by the group, also ranks in the top 10 in all charts, except the monthly chart. Both songs were released in early July. 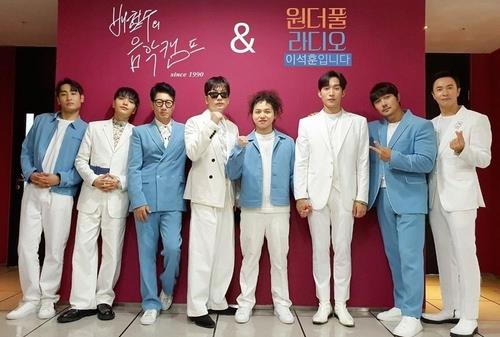 Apart from these original tracks, MSG Wannabe's remakes of songs by other musicians have also made a splash, putting the prereleased songs and those who originally sang them back into the spotlight.

Girl group Laboum recently performed their 2016 song "Journey to Atlantis" on music programs after MSG Wannabe picked the summery track as their first song as a group.

SG Wannabe, the trio known for their 2000s vibes and vocal skills that served as an inspiration for MSG Wannabe, is even set to release a new song for the first time in three years. They recently returned to the public eye after appearing on the TV show.

At more than 13 million views, a clip showing the group singing their hit ballad "Partner for Life," is currently the most-watched video on the show's official YouTube channel. Viewers have left positive comments, exclaiming how they were touched to see the group's solid vocal skills after so many years. 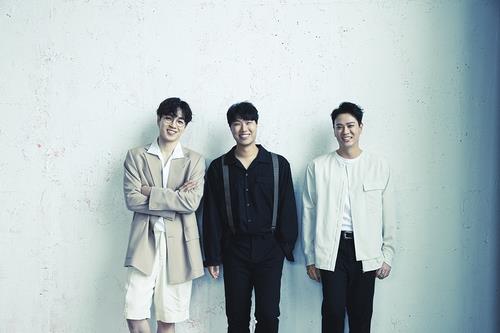 This is not the first time that project groups that formed on "Hangout With Yoo" have swept domestic music charts, a phenomenon that some critics claim has jeopardized the music industry that already centers around big-name acts.

Last year, SSAK 3 -- formed of Lee Hyo-ri of girl group FIN.K.L. and male soloist Rain, as well as Yoo himself -- swept summer music charts with their remake of the iconic 1994 dance hit by Deux, "Beach Again," and "Play That Summer."

In the same year, the four-piece all-female act Refund Expedition -- made up of soloists Uhm Jung-hwa and Lee, rapper Jessi and Hwasa of girl group MAMAMOO -- also made a splash with their bad girl vibes and strong bonds among the four members.