SEOUL, July 16 (Yonhap) -- South Korea said Friday it will launch a working group on cybersecurity with the United States in order to reinforce cooperation against hacking attacks.

It is a measure to follow up on a recent summit agreement between the leaders of the allies -- Presidents Moon Jae-in and Joe Biden -- to bolster the partnership in countering global cyber threats.

"The government plans to strengthen the cooperative system with the U.S. by launching the cyber working group to involve relevant authorities," Cheong Wa Dae said. 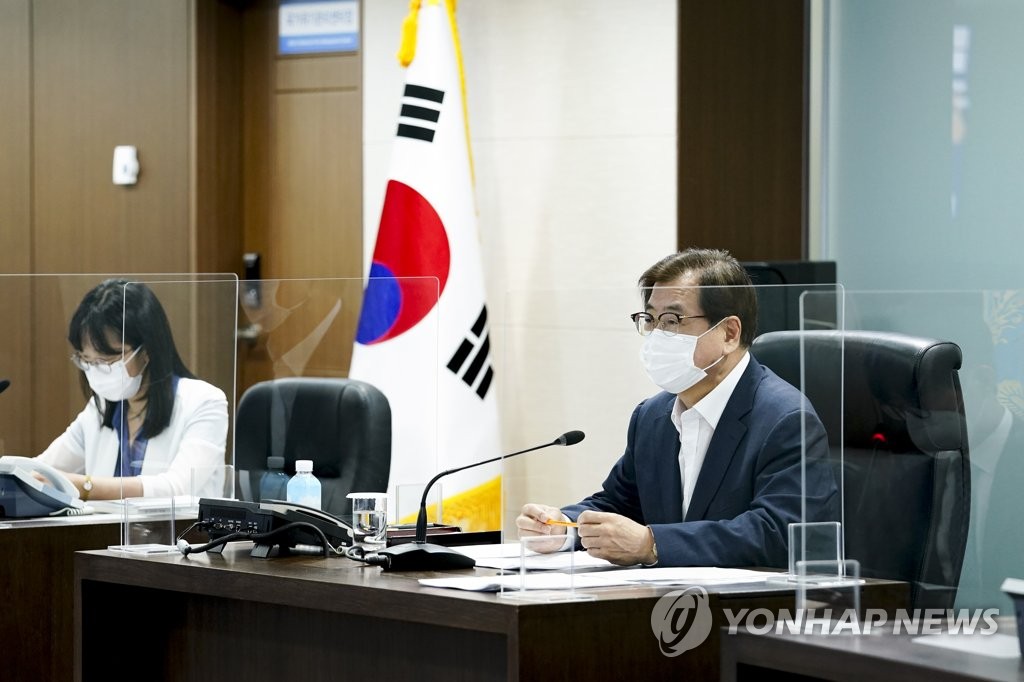 The presidential office was briefing on the results of a high-level interagency meeting to check on the nation's cybersecurity posture. The regular session was chaired by Suh Hoon, director of national security at Cheong Wa Dae, with vice ministerial officials of 16 government offices in attendance. They include the National Intelligence Service (NIS), the Ministry of Science and ICT and the Defense Acquisition Program Administration.

The NIS said it plans to consolidate and unify the cyber attack alert systems of the military and the civilian and public sectors.

Suh cited constant reports of ransomware attacks at home and abroad and called for a thorough response.

"Amid deepening dependence on cyberspace due to COVID-19, in particular, all government agencies need to check and preemptively respond to cyber threats by unspecified forces," Suh stressed, according to Cheong Wa Dae.