South Korea played Argentina to a 2-2 draw on Tuesday in the first prep match. All three of South Korea, Argentina and France are bound for the Olympics, where they could meet again in the knockouts.

South Korea exhibited some maddening defensive inconsistencies in both matches, but head coach Kim Hak-bum chose to look on the bright side.

"We've gained so much from these matches. We were able to identify our shortcomings, and we'll try to fix them so that we won't have the same issues in the Olympics," Kim said. "These defensive problems only surface when we play strong teams. I have faith in my players." 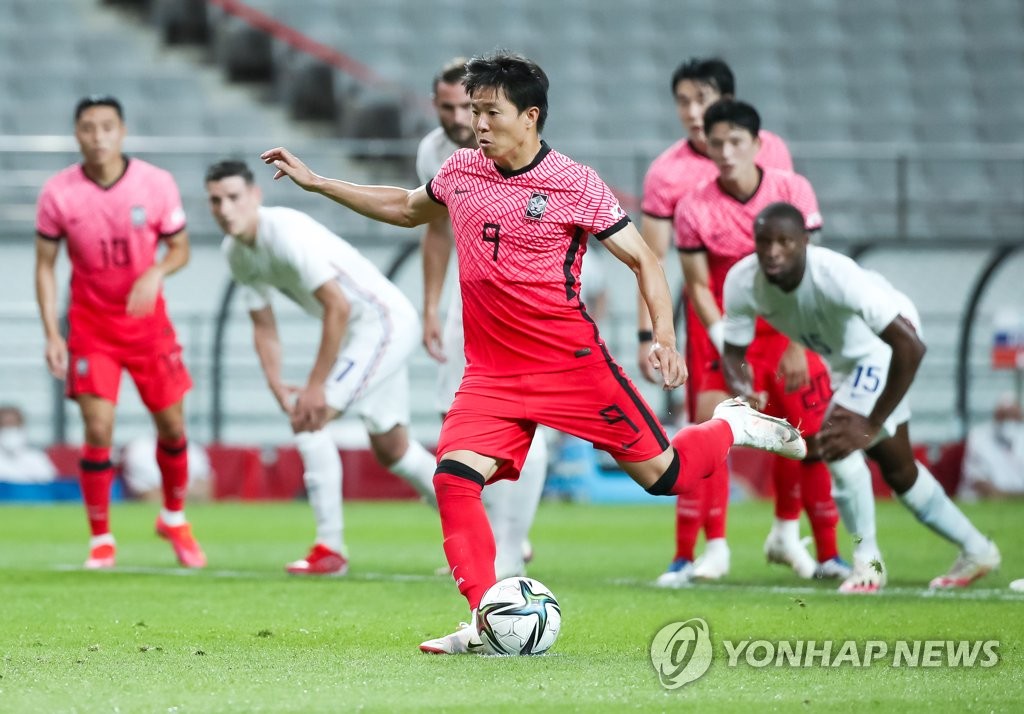 South Korea will depart for Tokyo on Saturday. They're in Group B and will face New Zealand (July 22), Romania (July 25) and Honduras (July 28).

France will take on Japan, South Africa and Mexico in Group A. South Korea and France could square off again in the quarterfinals, with the top two countries from each of the four groups advancing to the knockout stage.

South Korea's best Olympic showing to date is the bronze medal from the 2012 London Games. Coach Kim Hak-bum has said the objective this year is to top that performance. 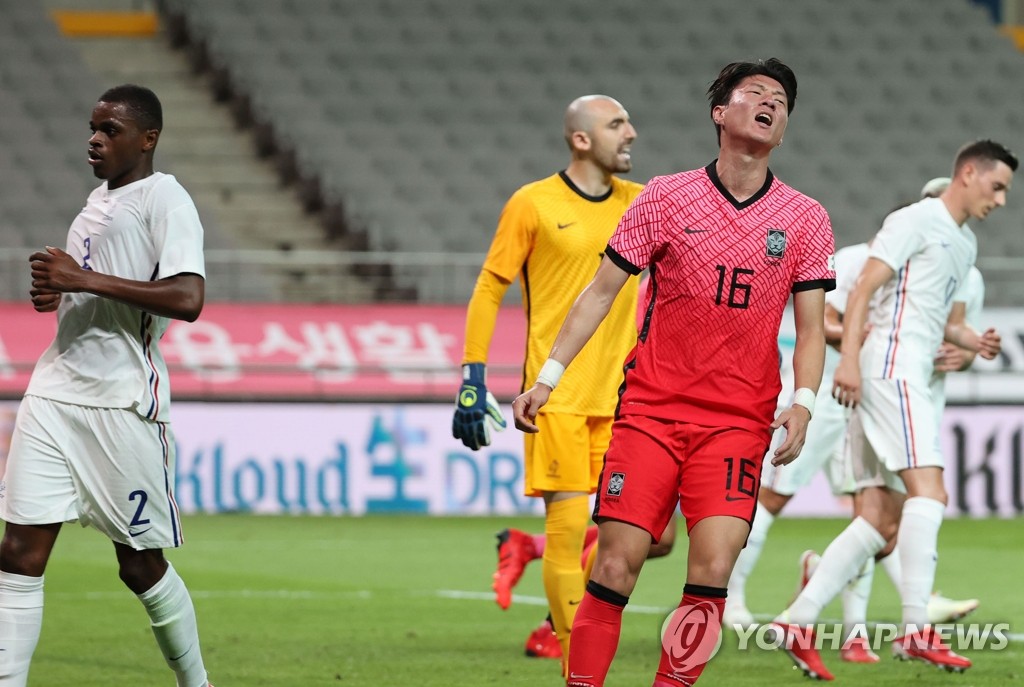 The teams were scoreless after an uneventful first half, with few serious chances on either end until the French winger Florian Thauvin had some good looks at the net in the late moments.

Around the 45-minute mark, Thauvin fired a shot through multiple South Korean defenders and had it roll wide of the target. Then during injury time, Thauvin was the beneficiary of a fortuitous bounce after a South Korean turnover, but his low shot went right to goalkeeper Song Bum-keun. 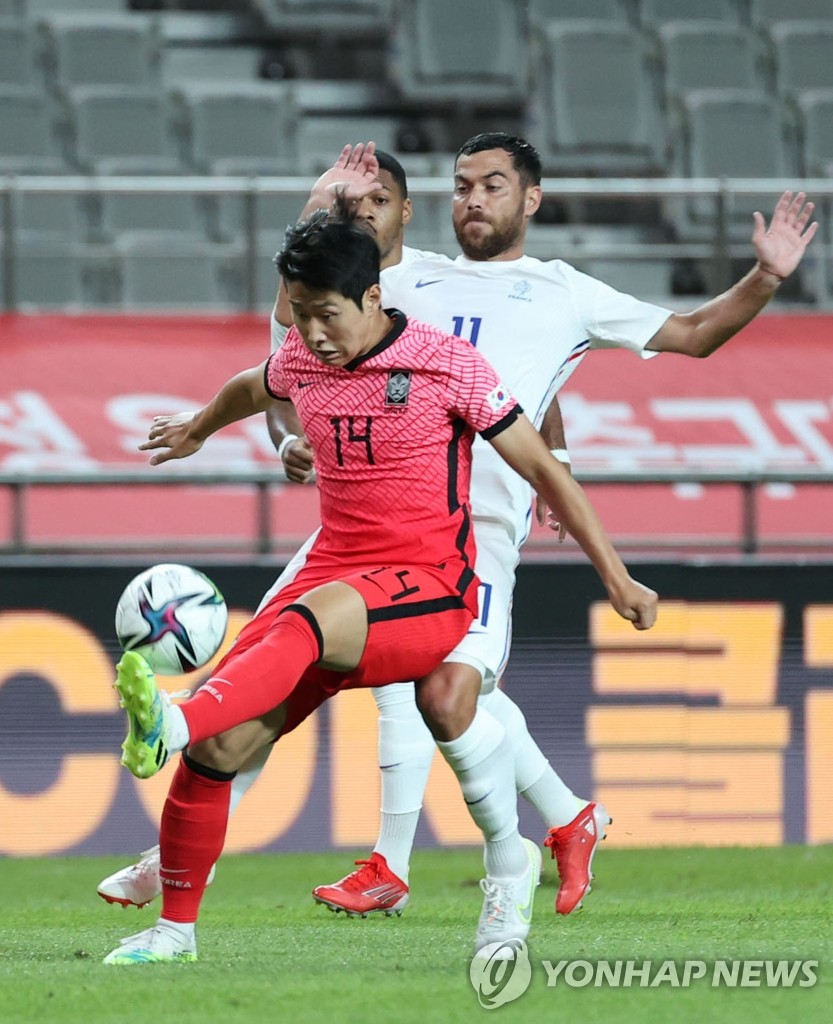 At the other end, South Korea barely made Paul Bernardoni work in the French net. Lee Sang-min's 14th-minute header following a corner kick went straight to Bernardoni, who later stopped a Hwang Ui-jo shot that rolled to the center of the net.

South Korean defenders had some spacing issues, allowing too much room for experienced attackers like Thauvin and Andre-Pierre Gignac to roam in the offensive zone.

Second-half substitutes injected some life into South Korea's offense. Lee Dong-jun, one of three players coming off the bench at the start of the latter half, set up the successful penalty by Kwon with his aggressive charge into the box. 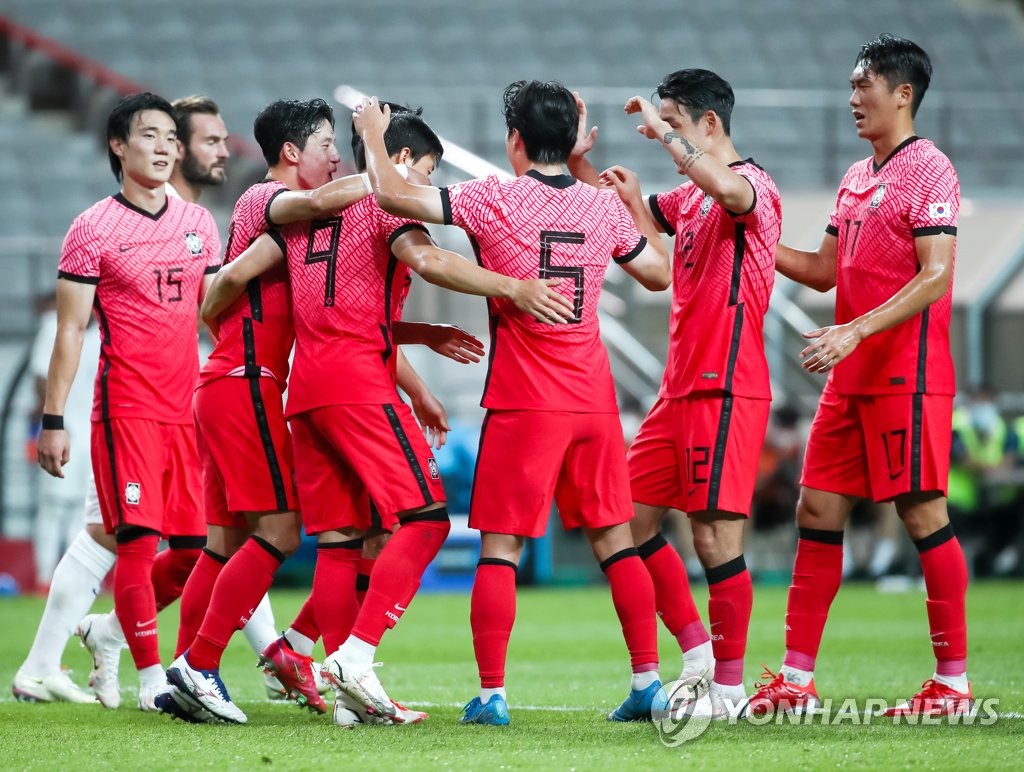 Lee Dong-gyeong replaced Kwon immediately after the goal, and nearly scored one for himself in the 67th minute. Song Min-kyu drove into the left side of the box and then teed one up for Lee, whose curling shot was turned aside by Bernardoni.

Clinging to a slim lead, South Koreans played some dogged defense and controlled the gap better.

But France still found a way to score in the 83rd. After taking a long cross inside the box, Melvin Bard flicked ball to his left to find Anthony Caci, whose diagonal pass set up Kolo Muani's easy goal into the open net. 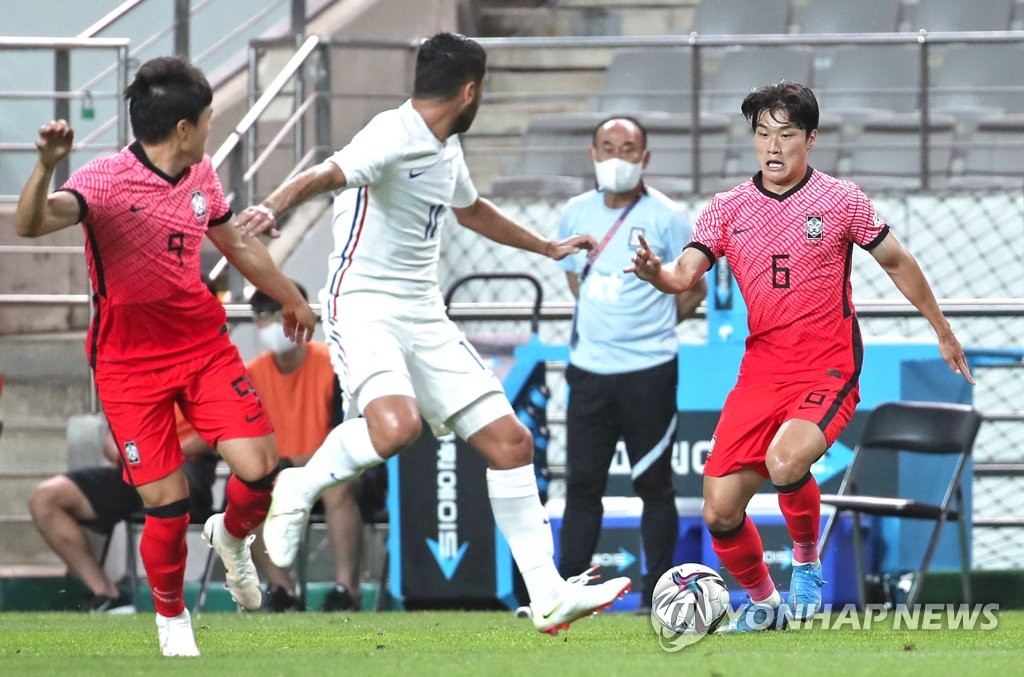 Just as the match seemed headed for a draw, Mbuku was lucky to put France ahead for good in the 89th, when his shot skipped through the wickets of Song Bum-keun.

The seemingly harmless shot took a short hop just in front of the South Korean goalkeeper for a goal that was frustrating for the home side.

Hours before the match, South Korea cut their top centerback Kim Min-jae from the team. Kim's Chinese club, Beijing Guoan, declined to release him for the Olympics, forcing South Korea to select a new defender, Park Ji-soo of Gimcheon Sangmu.

Sending players to the Olympics is optional for clubs. Coach Kim had put Min-jae on the team last month, with hopes of getting the green light from Beijing in the end, but the Chinese club never budged. 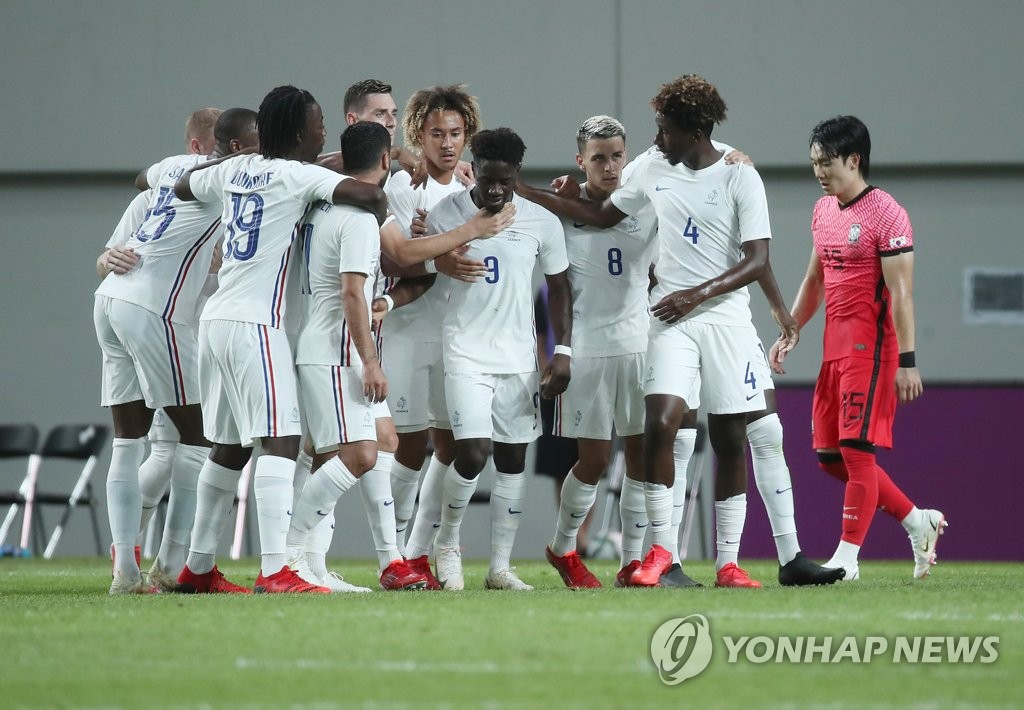