TOKYO, July 17 (Yonhap) -- South Korea on Saturday took down banners at its Olympic athletes' village with a nod to history, following a request from the International Olympic Committee (IOC).

The Korean Sport & Olympic Committee (KSOC) said the IOC had raised issues with the message written across a few banners, initially hung on balconies at South Korean athletes' rooms at the village in Tokyo. The letters translated as, "I still have support from 50 million Korean people." 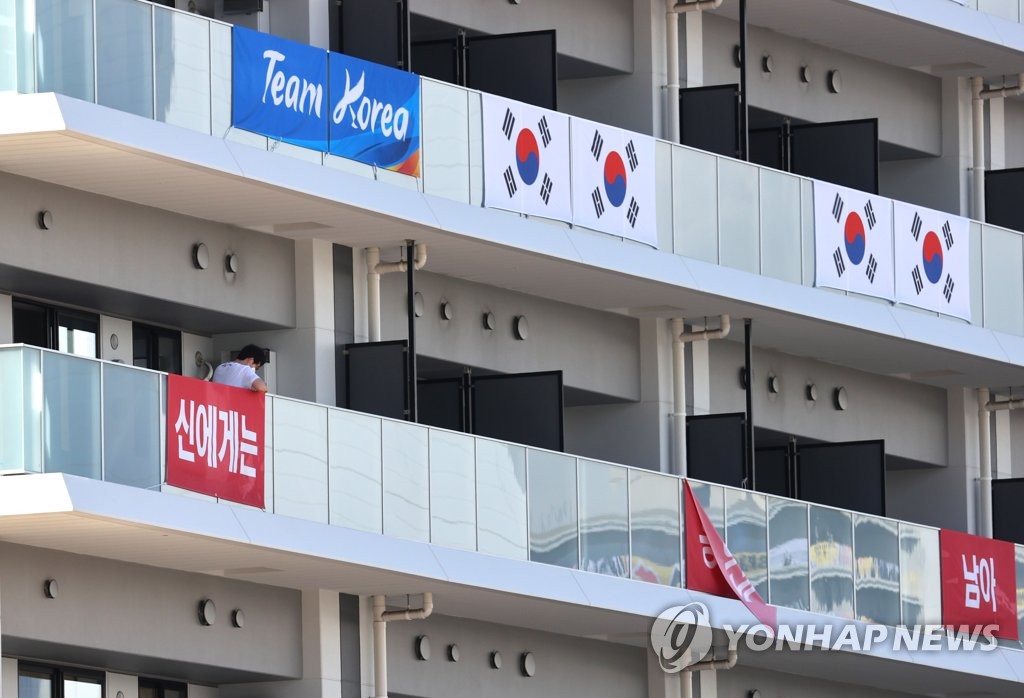 This was in reference to the famous words left by Admiral Yi Sun-sin before he and his undermanned fleet took on Japan in a naval battle in 1597. Yi, one of the most revered historical figures in South Korea, told King Seonjo of the Joseon Dynasty: "I still have 12 battleships left" and then maneuvered those dozen vessels to take down some 300 Japanese ships.

Those banners first drew ire of far rights in Japan, who felt the words were too political and anti-Japanese. Some staged a protest outside the village Friday while holding the Rising Sun Flag, formerly used by the Imperial Japanese Army.

The KSOC said an IOC official visited the South Korean office Friday to ask for the banners to be removed, and that the IOC also sent a letter with the same request, saying the message evokes the image of a military going into battle.

The IOC cited a potential violation of the Article 2, Rule 50 in the Olympic Charter that states, "No kind of demonstration or political, religious or racial propaganda is permitted in any Olympic sites, venues or other areas."

The KSOC added that it explained the background for the rallying cry on the banners and that it told the IOC that it will object to any display of the Rising Sun Flag at venues. 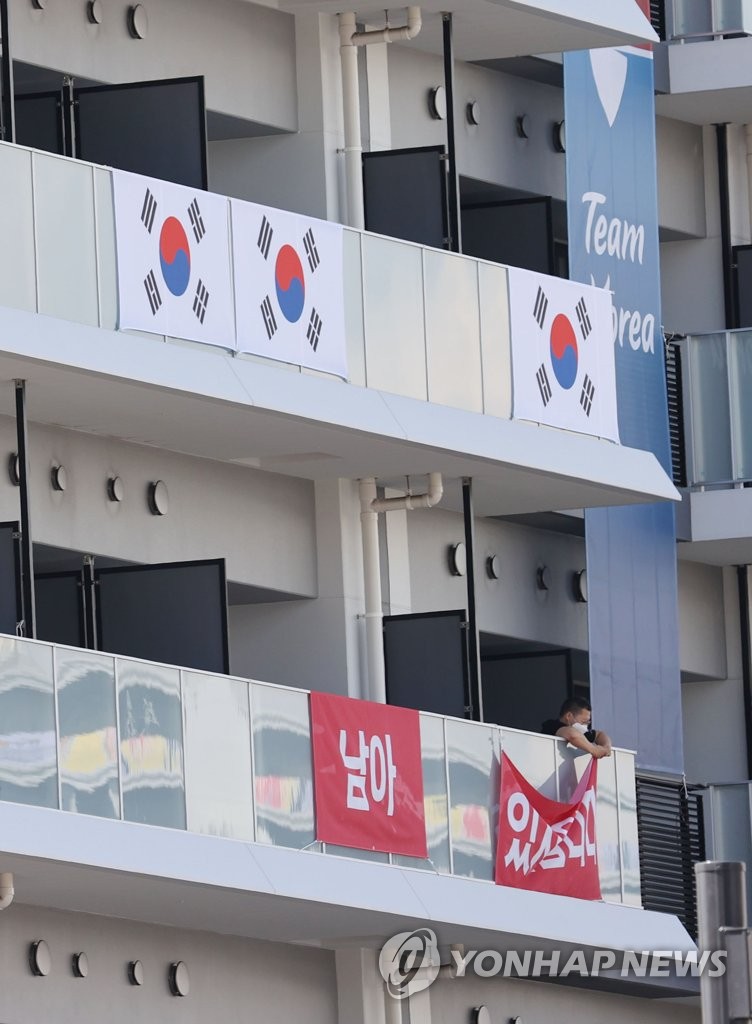 The KSCO said it agreed to remove the banners after the IOC pledged to apply the Olympic Charter to the Rising Sun Flag the same way it did to the South Korean banners.

The Rising Sun Flag, hoisted during Japan's invasion of Asian nations in the late 19th century, is viewed by South Koreans and other Asian countries as a symbol of Japan's militaristic and imperialistic past. It continues to be used by extreme right-wing organizations in xenophobic demonstrations.

FIFA has already banned the use of the flag.

Earlier in the year, Japan's depiction of South Korean islets Dokdo as its own territory on an Olympic map irked South Koreans. 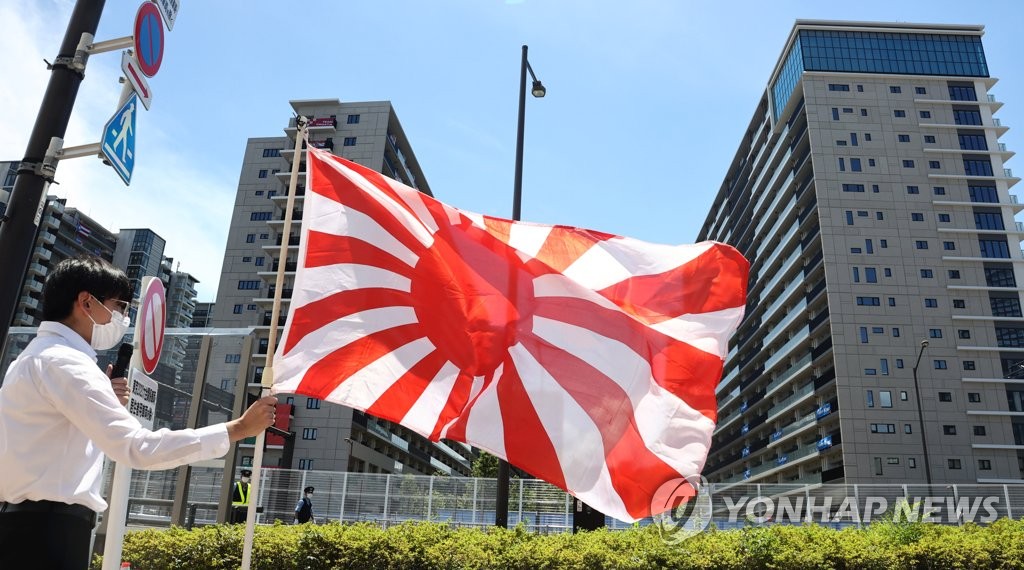