Lee has 10 goals in 14 appearances for head coach Kim. And no goal was as impressive as Lee's most recent one. 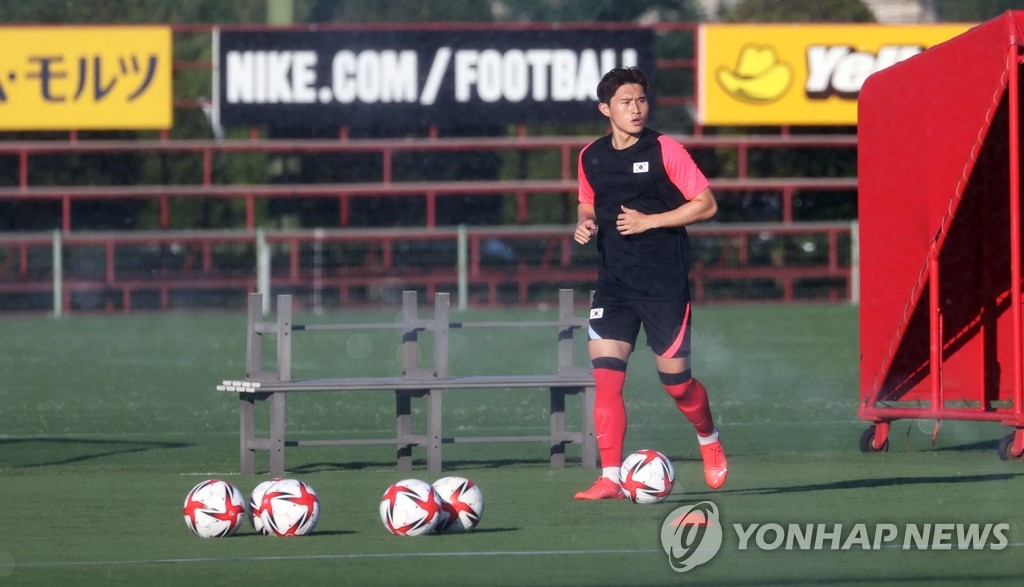 Against Argentina in an Olympic tuneup match last Tuesday, Lee netted a wonder goal from distance, with a stunning left-footed strike that would have brought the house down at Goyang Stadium in Goyang, just west of Seoul, had fans been in the stands, as in pre-pandemic times.

Lee arrived in Japan over the weekend in great form. But in an interview on Monday, three days before South Korea's first Group B match against New Zealand, Lee said he isn't too interested in padding his personal stats.

"I just want to help the team win the best I can," Lee said. "Coach Kim always has us prepared for every match. And my job is to go out there and give my best no matter how many minutes I play in what situations."

Lee conceded that, if he does score, "Then it will make life easy for my teammates. So that's where my focus will be." 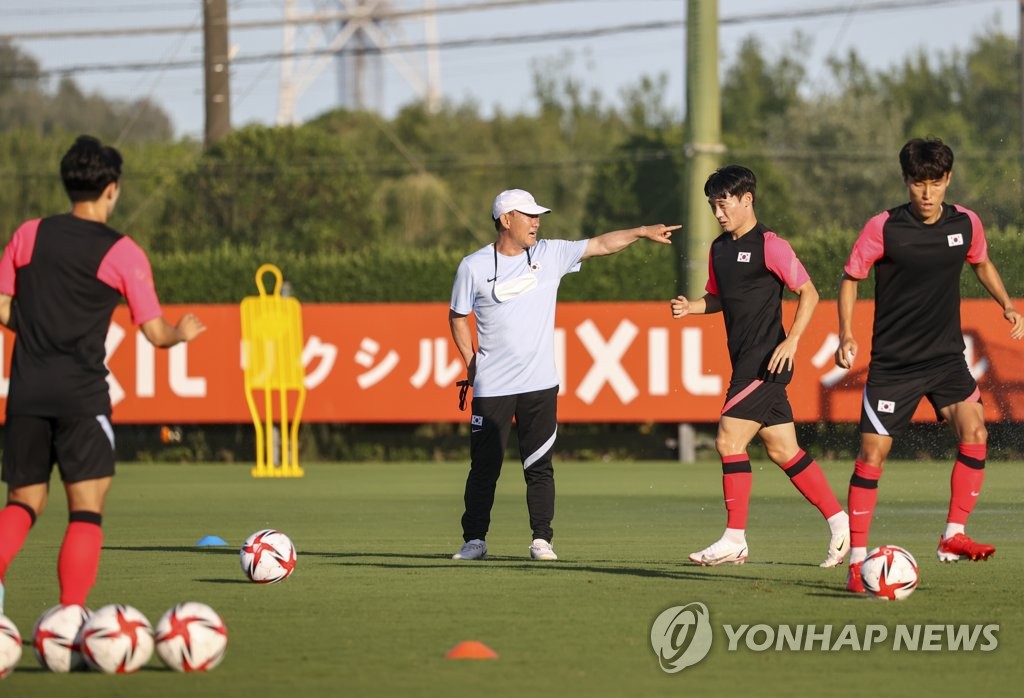 The football team arrived in Japan on Saturday. They took an early morning flight after a night game. After flying for about two and a half hours, players and coaches spent another five or so hours at Narita International Airport, awaiting results of their COVID-19 tests.

The long journey to a country so close to South Korea was a draining one, but Lee, a versatile one who can play as a winger or an attacking midfielder, said there has been no physical issue.

"I think it's not as hot in Japan now as it's in Korea," he said. "I feel great, and I'll try to get into even better condition." 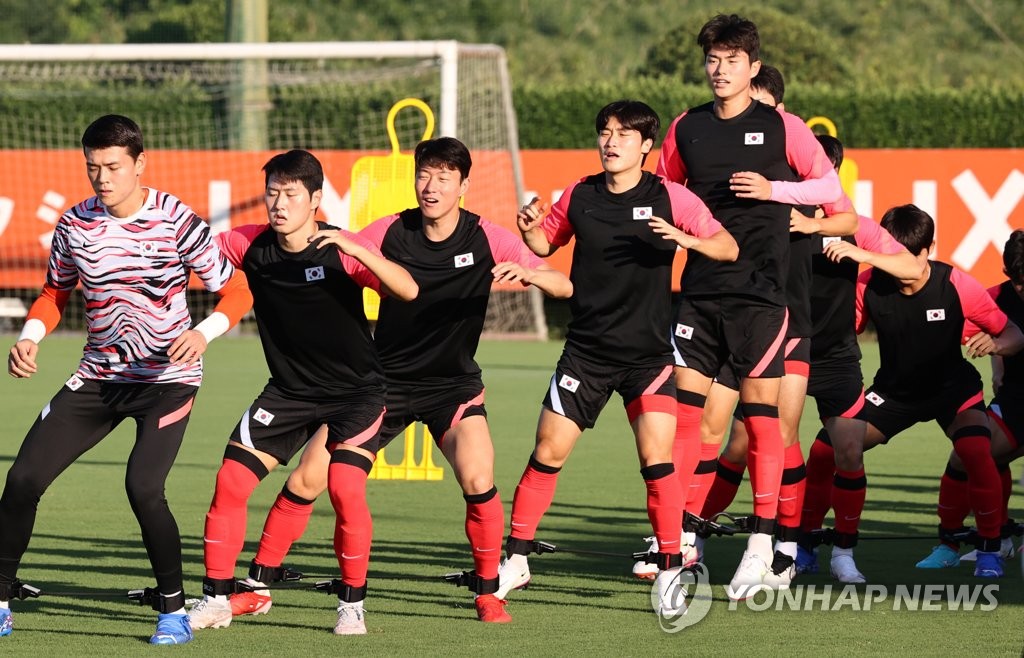